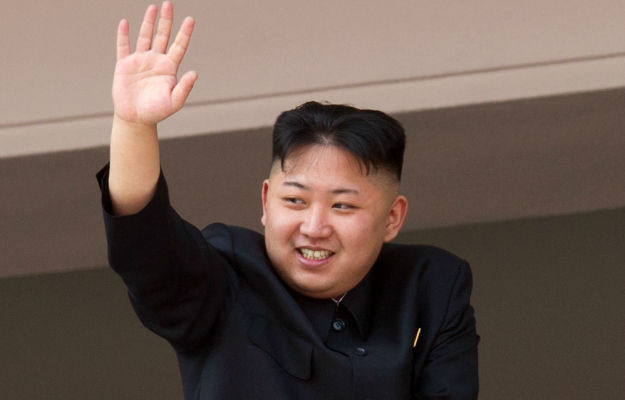 Pyongyang – Reports say a North Korean man has been executed after he killed his two children for food. He was reportedly put to death by firing squad after officials discovered he ate his children in the 2012 famine in which thousands of North Koreans died.

According to The Independent, a report compiled by Asia Press titled “Rimjin-gang: Reports and Surveys from North Korea,” says starving citizens of the DPRK are eating “children and corpses” as UN tightens sanctions spearheaded by the United States. Asia Press reportedly recruited a network of “citizen journalists” in North Korea. According to the Daily Mail, the Asia Press report says the father killed his eldest daughter while his wife was on a business trip. He also killed his son who witnessed the murder. The South China Morning Post reports that an informant told Asia Press: “While his wife was away on business he killed his eldest daughter and because his son saw what he had done, he killed his son as well. When the wife came home he offered her food, saying ‘We have meat.’ But his wife, suspicious, notified the ministry of public security, which led to the discovery of part of their children’s bodies under the eaves.” Reports by citizen journalists employed by Asia Press indicate a “hidden famine” in the rural provinces of North and South Hwanghae, south of Pyongyang, in which 10,000 people are believed to have died. According to Jiro Ishimaru of Asia Press, in a 12-page report, “Particularly shocking were the numerous testimonies that hit us about cannibalism.” Another Asia Press citizen journalist, Gu Gwang-ho, said: “There was an incident when a man was arrested for digging up the grave of his grandchild and eating the remains.” The Daily Mail reports undercover reporters from Asia Press said a man exhumed his grandchild’s corpse for food while another boiled his own child for dinner.

A man was quoted as saying: “In my village in May, a man who killed his own two children and tried to eat them was executed by firing squad.” Cannibalism is also reported in the sprawling network of North Korean prison camps such as Camp 22, with an estimated 50,000 inmates. The Daily Mail reports The Sunday Times quoted an official of the ruling Korean Worker’s party as saying: “In a village in Chongdan county, a man who went mad with hunger boiled his own child, ate his flesh and was arrested.” Another official was quoted as saying that the fields were in such bad state as a result of drought that he was forced to avert his eyes. The disturbing stories of starvation due to food shortages are being reportedly compounded by party officials who confiscate food. Undercover reporters from Asia Press said food was confiscated from two provinces and given to the residents of the capital Pyongyang. While citizens die of starvation, North Korean leader Kim Jong Un is expending huge resources on rocket launches. There are concerns that the North Korean leader is planning a nuclear test in protest at UN Security Council sanctions after recent rocket launches.

It is not the first time that reports of cannibalism have come out of the country. The South China Morning Post reports that the Yonhap News Agency said in 2012 that North Korea executed three citizens for cannibalism. Also in May last year, the South Korean Institute for National Unification said one man was executed after he ate body parts of a colleague and tried to sell the rest as mutton. There are also similar reports from 2011. There was a severe famine in North Korea in the 1990s called “the Arduous March,” during which between 240,000 and 3.5 million people reportedly died. The South China Morning Post reports North Korean defectors say during the famine, North Koreans traded in human flesh, presumably from corpses of famine victims. According to The Independent, while millions die of starvation, the UN has extended sanctions already imposed on the country after nuclear tests it held in 2006 and 2009. The sanctions are spearheaded by the United States, backed by Japan and South Korea. The new sanctions are in response to Pyonyang’s decision to continue with plans for long-range rocket launch. The North Korean regime insists its tests are part of a peaceful program to place a satellite in orbit. North Korea has reacted to threats of sanctions with threats of its own. A statement by the North’s Committee for Peaceful Reunification of the Fatherland, said: “If the South Korean puppet regime of traitors directly participates in the so-called UN ‘sanctions’, strong physical countermeasures would be taken.”