“Next few months pivotal for future of Afghanistan’s stability” 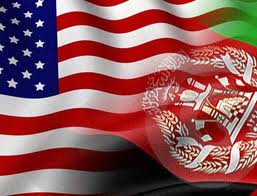 KABUL: A top American Congressman has said that the upcoming few months are vital for Afghanistan’s stability, adding that the Obama administration should have an honest conversation about its relationship with Islamabad.
Congressman Ilena Ros-Lehtinen, the chairman of the subcommittee on the Middle East and North Africa of the House of Foreign Affairs Committee, said the other day that the next few months are pivotal for the future of Afghanistan’s stability. “The United States cannot afford to make the same mistakes we did in Iraq by not leaving behind a sufficient US presence to maintain the gains we have achieved over the past few years,” the American lawmaker added.
According to reports, Ros-Lehtinen along with Congressman Steve Chabot, Chairman of Subcommittee on Asia and the Pacific has convened a hearing on “After the Withdrawal: The Way Forward in Afghanistan and Pakistan” on December 10.
“As we are seeing with the rise of ISIL in Iraq, our hasty withdrawal created a power vacuum that allowed the terror group to grow. The stakes are even higher in Afghanistan with the Taliban eager to reclaim lost territory and establish another safe haven for terrorists to thrive,” she said.
“Many challenges still remain, especially since Pakistan continues to host terrorist groups and remains complicit in their ability to operate. The Obama administration must have an honest conversation about its relationship with Pakistan and make the hard choices necessary to ensure Pakistan’s activities are not working against US interests,” she said.
Congressman Steve Chabot said Afghanistan has seen many changes this year, both promising and troubling. “While we now have a better sense of what the post-2014 U.S. presence will look like, many challenges remain, including political and economic instability, and an extensive Taliban threat,” he said.
“This is further exacerbated by its neighbor, Pakistan, which continues to play host to Islamist extremism and militancy groups who are given support inside Pakistan’s borders,” he added.
He added that Pakistan’s role in combating the groups and stabilizing Afghanistan, however, was incredibly important, but due to its limited capacity, rampant corruption and divergent interests, there was serious cause for concern.