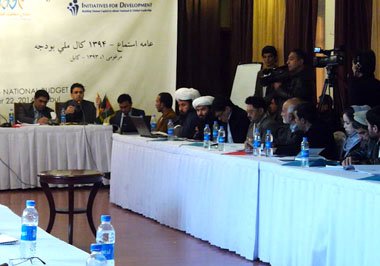 The new fiscal year has begun without a government budget approved by Parliament. Concerns have been raised about the budget draft, as well as the detrimental effects continued delay in passing any budget at all could have on the country.

According to officials, the 2015 budget draft has been sent to the House of Representatives by the Senate, but without any approval or rejection.

Afghanistan Inolonewstegrity Watch has said that the draft budget for 2015 is unbalanced and unfair, and must be reviewed. However, others have emphasized that if the budget for the upcoming year is not approved as soon as possible, it will cause development projects to stall.

Members of the Lower House’s Finance and Budget Commission have shown little optimism regarding the 2015 budget draft, and said that it will likely be rejected when put up for a vote.

“Last year too, we didn’t have money in our budget for the completion of incomplete projects, we are not optimistic about the this years’ budget either,” said Akbar Stanekzai, a member of the Finance and Budget Commission.

Meanwhile, a spokesman for the Ministry of Finance disputed the claims made by Afghanistan Integrity Watch and said that the proposed budget for the upcoming year would be balanced, economical, transparent and based on national interests.

“The budget for the upcoming year is a balanced and economical; this shows our good management, that we have introduced a balance budget with limited resources,” Ministry spokesman Abdul Qader Jeelani said.