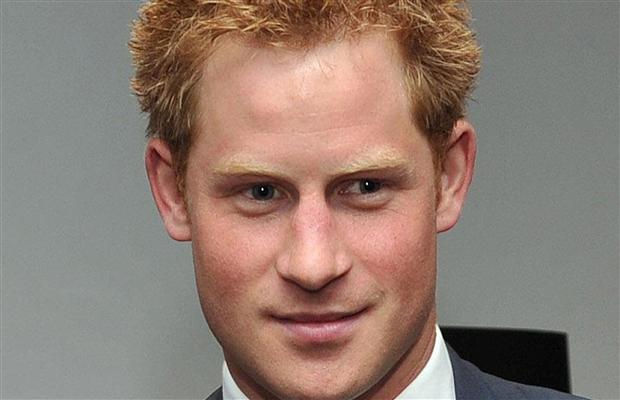 LONDON – Pictures of a naked Prince Harry were published on a US website on Wednesday, showing the grandson of Britain’s Queen Elizabeth cavorting with a nude young woman in a hotel room in Las Vegas.

A royal source confirmed to Reuters that the two photos published on the celebrity gossip website TMZ were of Harry, who has a reputation as a partying playboy and is often linked to an array of women in Britain’s tabloids.

“He’s been doing a lot of good work for the queen and getting a good reputation and although a lot of people think this is a great laugh, it does actually bring the monarchy into disrepute and will embarrass the queen,” said royal author Robert Jobson.

One snap showed Harry, third in line to the British throne, covering up his genitals with his hands while an apparently naked woman hides behind his back. The other pictured the naked 27-year-old prince clinging to a naked woman from behind.

According to TMZ, Harry and his friends had invited women from the hotel bar up to their VIP suite, where they played a strip game at a pool table. It did not identify the women.

The prince, a British army Apache helicopter pilot, has been on a private holiday with friends in Las Vegas after completing his final pilot’s training ahead of a future deployment.

“We are not commenting specifically on the photos,” a spokesman for the prince said.

Harry, son of heir-to-the-throne Prince Charles and his late ex-wife Princess Diana, earned a reputation when he was younger as a royal wild child after he admitted in 2002 dabbling in marijuana and under-age drinking. Three years later he made headlines when he wore a Nazi uniform to a costume party.

But in recent years Harry has shed much of that image. He served in the army in Afghanistan four years ago and has spoken of his desire to return to frontline action.

Earlier this month he was watched by hundreds of millions around the globe standing in for the queen while the national anthem was sung at the closing ceremony of the London Olympics.

He has been at the forefront of a rebranding of the British monarchy which has cast senior royals as modern and relevant, a far cry from the perception of a hopelessly out-of-touch institution following the 1997 death of Diana.

He recently embarked on a highly successful solo royal tour of the Caribbean and Brazil as part of celebrations for the queen’s 60th anniversary on the throne. The prince appeared on the front pages on British newspapers on Wednesday – before news of the naked pictures – for racing with gold medal winning U.S. Olympic swimmer Ryan Lochte in Las Vegas swimming pool.

The media has been enthralled by the love life of the single prince, whose elder brother William married last year in a ceremony that attracted huge global interest.

Daily Telegraph columnist Harry Mount said the prince needed to be more careful, but had not actually done anything wrong.

“I don’t imagine the pictures will do his public image much harm,” he wrote. “His bad boy naughtiness is his charm. He’s the naughty playboy Prince Hal, while his quiet brother does all the boring, ruling stuff.”

On the streets of London there was a mixed reaction.

“He’s a young guy – good luck to him, he should be enjoying himself,” said Joe Thomas, 26, an insurance broker. “Obviously he has responsibilities to live up to, but he’s like any other guy, everyone else is doing it at our age so I don’t see why he can’t have fun.”

But Dave Courtney, a scaffolder working on an east London building, said: “It’s disgusting, he’s royalty…. If we all did them sort of things when we were young, we’d be arrested, wouldn’t we?”

Royal author Jobson, who wrote an account of Harry’s Afghanistan stint, said the prince’s security team had questions to answer, including why they didn’t take the mobile phones off the guests to his hotel room.

“It wouldn’t be that difficult if you’re a protection officer not just to protect the person but also their reputation,” he said. As for the prince himself, he would face “a few raised eyebrows” from his royal relatives.

“He’s a single guy, he’s enjoying himself, but it’s all about the reputation of the royal family. Everyone might say he’s a cool guy, but it’s not all about being a cool guy if you’re third in line to the throne.”