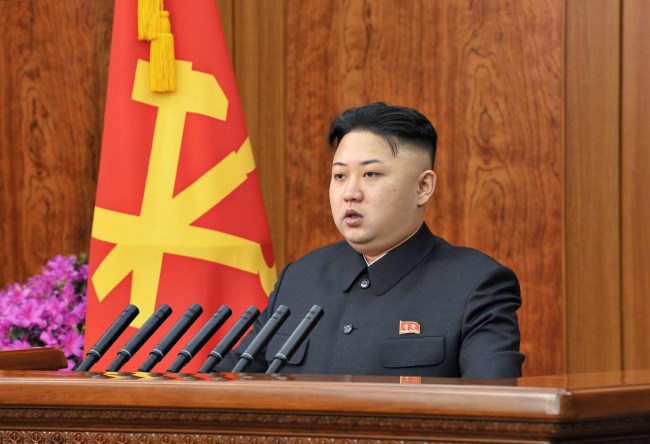 North Korea on Friday threatened “physical countermeasures” against South Korea if it directly participates in United Nations-led sanctions over its rocket launch.

The North’s Committee for the Peaceful Reunification of the Fatherland said imposing sanctions was tantamount to a declaration of war and it would respond immediately to such provocations with counterstrikes. The statement was carried by the Korean Central News Agency.

It is the latest in a series of bellicose warnings sparked by a tightening of U.N. sanctions.

On Thursday, North Korea’s top military body threatened to conduct a third nuclear test and boost its ability to strike the United States.

“As long as the South Korean puppet traitors’ regime continues with its hostile, anti-DPRK (North Korea) policy, we will never sit down with them,” it said.

The United States, supported by Japan and South Korea, spearheaded the U.N. resolution.

The resolution, passed unanimously by the 15-member council on Wednesday, is the fifth to be slapped on the North for its rocket and nuclear programs since May 1993.

It calls for the tightening of existing sanctions, such as imposing travel bans on four individuals and freezing assets belonging to North Korea’s space agency, a bank and four trading companies accused of engaging in arms shipments.

It also banned technology developments and the transfer of money that supports such operations.

The committee, moreover, said that there will be no more inter-Korean talks on the denuclearization of the Korean Peninsula.

“Now that the South Korean conservative groups are desperately kicking up a racket against the DPRK over its nuclear and rocket issue with the United States, there will be no more discussions on the denuclearization between the North and South in the future,” it said.

It said the 1992 Joint Declaration on the Denuclearization of the Korean Peninsula was now totally invalid.

The organization said that as long as the South maintains its anti-North Korea stance there will be no interaction.

“As long as the South Korean group of traitors persistently pursues a hostile policy toward the DPRK, we will never negotiate with anyone,” it stressed.