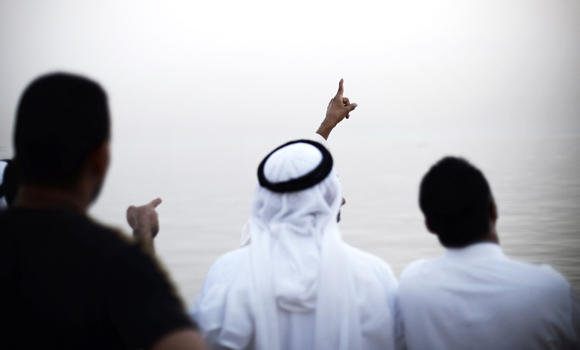 The Supreme Court of Saudi Arabia has called on all Muslims across the Kingdom to sight the crescent of the month of Shawwal on Monday evening (Ramadan 29-July 4).

In an announcement carried by the Saudi Press Agency, SPA , the Supreme Court called on whoever sights the crescent to report to the nearest court and register his testimony or report to the authority of the region’s center in his area.

Sultan Bin Saeed Al Badi, Minister of Justice, has issued a decision setting up the moon-sighting committee to confirm the start of the month of Shawwal, which will mark the end of Ramadan and start of Eid Al Fitr. The committee will hold a meeting under the chairmanship of the Justice Minister on Monday after Maghrib prayers at the Judiciary Department in Abu Dhabi.

The decision called on all Sharia courts across the country to look out for the crescent moon and inform the committee. … see more