Mothers: Do we need them? 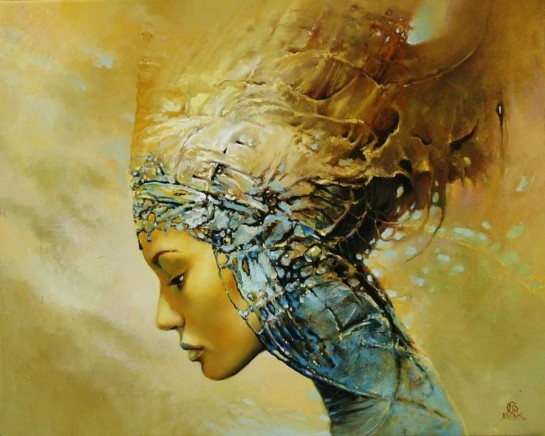 Heidi and I made a short two-day business trip by car this past week to Nashville, It was Heidi’s car, a champayne colored Mercedes sedan, and she drove much if not most of the 1200 plus miles roundtrip.  She is a strong woman, however deceptive her soft child-like voice may be, who likes to be in control of her own destiny. And she’s an excellent driver — far better than most men.

What I enjoyed most about the trip with Heidi, however, was being able to drive myself.  I was able to look at Heidi discretely through the rear view mirror, and what I witnessed was the sublime beauty in her face of the love she has for Sarah, her daughter.  Sarah, just two years old, was strapped in a car seat for babies in the back seat beside Heidi.

I have never ever experienced anything before so beautiful.  I felt that I must look away sometimes because it seemed almost criminal that I should behold something so divine.
Heidi is a goddess.  I truely believe that.  She exemplifies — no, she is — the manifestation of what is truly the finest in a woman, which is her ability to love and nurture a child.  It emanates in its most crystalized form, first in the behavior of the child, and secondly from her face when she gazes upon her child and watches as Sarah plays and looks at her mother.  I believe that if it could be captured by an artist working with any medium, whether in clay, bronze, paint or in photography, she would become as renowned as the Mother Mary.

Obviously, I love Heidi very much. Love enables me to see the unseen. It enables me to grasp for the divine.  Her strength of character is very clearly a part of what I perceive in the mirror and I will tell you a little story which depicts that character.

Heidi walked to the liquor store not far from her home in the Boston Edison district, late the night before we left on our trip, by herself.  She was there confronted by a young man who told her right in the store in the presence of several witnesses, “We are going to gang rape you.  We blacks don’t like whites.”

Detroit is rather notorious for its problems with racism, going back to the race riots in the mid sixties which started, in fact, not more than a dozen blocks from where she purchased her home. Whites who live in the heavily black majority community walk a delicate fine line in getting along, if they are culturally dumb, but the natural thing is the most logical thing  to simply show respect and do the right thing. .

But Heidi, the woman she is, wasn’t intimidated by the threat.  She looked at the man and calmly said, “But you don’t look black to me; [ed insertion: “fool:”] you’re brown.  My baby is brown, and you’re no darker than she is.”

Heidi turned to the line of very black men waiting to purchase their alcohol. “Are you going to gang rape me?”  They all looked at her and told her in gestures and words, simply, no.  They didn’t know this refugee from a Youtube rap video. .

The young man backed off sheepishly,  “I’m brown because my mother was white.  But I want to be black.”  His sense of blackness was something you see being produced regularly in black youth culture today, and everyone should be disturbed and shocked by it.  .

Heidi left and walked home in the dark alone without further incident.  I make friends with the drunks and alcoholics who hang out by the liquor store and I hasten to meet with my adversaries. They will protect Heidi if need be, and they have, whether she knows it or not, but I was absolutely shocked when she told me about this event.  I told her never to go to the store alone again, and that I would be there to go for her to the best of my ability whenever needed.  I was away, unfortunately, wandering in my own bliss when this happened.

But Heidi’s courage and strength speaks volumes about her. It is that beautiful blend of strength and tenderness that i studied and absorbed through the mirror.  I saw in those moments perhaps the closest thing I will ever encounter to the divine.

I believe sincerely that men must do all that they can to liberate women for that sole purpose.  The true spiritual seeker, if he is a man, must enable a woman’s soul and spirit to render it’s highest potential, so that she can give that back to her child.  It is through the child that all our futures as well as theirs depend upon.  Our children are the survival of the species.  We must lift women up for the special talents they bring to us as women and stop expecting them to be like men.  Equality is not so much between men and women in what they do as in acknowledging fully what our roles are.  It is not about who the bread winner is; it is not about who controls the money.  It is more about the dignity and stature we give to each other in our own eyes regardless of what they do. Islam, in its best manifestations,demonstrates that clearly.

The greatest poverty blacks in Detroit and in many other cities suffer is a spiritual poverty.  Of course it is directly related to economic poverty and a historic dumbing down of black men in society, which divides families and fractures relationships. But we must recognize and face this problem if we are ever to find solutions for it. The street fashion of treating women as “ho’s” must go, and anyone else who has no greater regard for women.  There’s a lot more to a woman than a pussy.  Blacks can only heal themselves; no one else can.  What the rest of us must do is make a space for that to happen.

Conversely, in white liberal culture, particularly among some who celebrate the feminist movement, there has been a propaganda to desensitize women, to dress them in highly masculine gear, in an attempt to remove any vestige of difference between men and women.  This is unavoidably also a pyschological corruption of the passionate nature a woman needs as a mother.

I have no quarrel with gays or gay relationships.  Its a fact of life, and it must have its space free from interference or intrusion.  But I don’t believe it represents merely an “alternative” lifestyle.  It does not stand on equal ground with the role models society needs to be strong, with healhy relationships between men and women.  Motherhood goes far beyond the training Johnny needs to become another corporate slave, and daycare is no substitute when they drug the children in order to get them all to nap at the same time..  The passionate side of a woman must be cultivated. Real security is inward, not outward.  It is not in the job but in the soul.  It is contained in the love a mother can impart to her child, and that love can only be reflected and liberated by the love and support her man has for her. Detroit needs real men. And so does all of America.   it doesn’t just take a village; it takes a true bond of vibrant love between a man and a woman and their mutual understanding of what each best brings to the relationship. .

Every man who looks at a woman must first and foremost see her potential to be a mother, and if he wants her, he must realize and desire the duty that he has to free her from any other obligation in life so that she can focus on her primary role as a mother.  This is her final and ultimate freedom.  This is her true liberation.  It is in her basic physiological as well as psychological nature to nurture.  Nothing is more fundamental to the success of a civilization than motherhood.

As a footnote, yes, women are very complex individuals, and there are many who would say that they prefer a professional life and/or for other reasons do not want children.  So I want to clarify that this is not an effort to narrow the scope or to define waht women are.  I am making an attempt to highlight the importance of motherhood and the demands that it has in raising children with the proper care and love that they need.  This is not a responsibility that can be farmed out.  No one will love that child like a mother, and no greater attachment can be made than that with the mother.  Child development is not about creating consumers or well-adjusted Wal-Mart employees.  The sense of vibrancy in their life and a child’s ability to reject suffering, pain and death come out of a love for life itself and an ability to see oneself in others.  The universality of the life force can only be recognized through deep and abiding love.

Paul Barrow is US  based writer, activist and founder of a policy group www.unitedprogressives.org
Readers can reach him at: