More Filipino-Americans are obese compared to other Asian-Americans 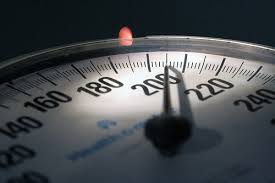 Among all Asian-Americans, Filipinos are the fattest.According to a study by the US Department of Health and Human Services’ Office of Minority Health, Filipino-Americans are 70 percent more likely to be obese compared to the overall Asian-American population.

Asian Indians outweighed Filipinos by just one point at 34 percent.The overall numbers of the study also dispelled the notion that Asian-Americans can’t get fat – a trait from the “model minority” racial stereotype.

Kim explained that diseases associated with being overweight or obesity can appear in normal-weight Asians.This is because Asians tend to have fat hidden between internal organs, such as the liver and kidneys.

King and other physicians are campaigning to lower the Body Mass Index (BMI) cutoffs for Asian-Americans in medical studies.In the same article, Dr. Jane Chiang of the American Diabetes Association said the new BMI cutoff must be adjusted per ethnicity, and suggested that factors beyond someone’s weight must be considered in evaluating health.

BMI is used to calculate the weight of individuals involved in these studies, but the Daily Mail reported that the use of BMI has been discredited for being overly-simplistic.

An earlier report from the Reuters wire service quoted several physicians who concluded that BMI was not enough to evaluate body fat content, and agreed that people with healthy weight may still carry excessive fat.