Ministry of Finance Calls for Privatization of New Kabul Bank 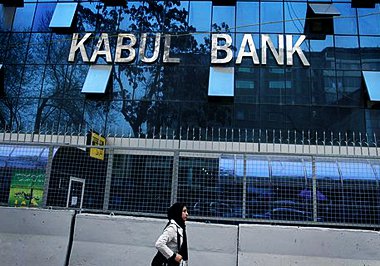 The Ministry of Finance (MoF) called for the immediate privatization of the New Kabul Bank this week. Deputy Minister of Finance Mustafa Mastoor said that since the bank has come under the control of government it has lost close to 50 million USD.

MoF submitted the documents for the privatization of the New Kabul Bank to the Presidential Palace earlier this week, in keeping with the timeline set by President Ashraf Ghani.

Three to the New Kabul Bank and it was taken over by the Afghanistan Central Bank. years ago, when the Kabul Bank was bankrupted in result of an embezzling scheme, its name was changed Since then, the bank has faced close to 50 million USD in losses, covered by the government budget.

“The characteristics of the bank looks like a private bank, because peculiarities of the foundation of the bank look like a private bank, therefore the bank should undertake banking operations and commercial activities like other privates banks in the country,” Mastoor told TOLOnews. “After we took charge of the bank, the central bank didn’t allow us to do anything and so far we have lost 50 million USD, from the beginning we were in support of privatizing the bank.”

During the Hamid Karzai administration, a proposal for privatization of the New Kabul Bank was presented to the Ministers’ Council but it was rejected, as the buyer was not ready to take on the 800 million dollar debt of the bank.

Meanwhile, corruption watchdogs have said that government should be cautious in the privatization of the New Kabul Bank.

“We should be patient and cautious while selling the bank because anyone who intends to purchase the bank, the government must provide $110 million in cash to him,” Mohammad Yasin Osmani, head of the Independent Joint Anti-Corruption Monitoring and Evaluation committee said. “The bank also handles salary payments of the ANA and ANP personnel, there should be more concentration on the issue and a fundamental solution must be found to it.”

President Ghani initiated the privatization of the bank as part of his new effort to reopen the corruption case and put it to rest once and for all. The president has ordered the arrests of all those suspected of involvement in the embezzlement scheme and demanded all assets that were stolen from the bank be retrieved.