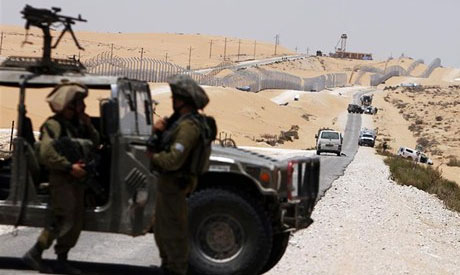 Israel has returned to Egypt the bodies of “between six and eight” gunmen involved in a deadly attackin northern Sinai who then forced their way over the Israeli border, a military spokesman said on Tuesday.

Speaking to AFP, he said that some of the bodies had been so badly torn apart by explosives that it was impossible to be sure how many there were.

“There were between six and eight bodies,” he said. “One or more of the terrorists had explosives on them and they exploded. For now it’s unclear how many terrorists there were.”

The remains were sent back overnight, the military said.

In Sunday’s attack, 35 gunmen in Bedouin clothing opened fire on an Egyptian border post, killing 16, before crossing into Israel in an armoured vehicle and an explosives-laden pickup truck, Egyptian officials said.

Media reports said other remains were recovered from the pickup truck which blew up as it tried to negotiate barriers at the border crossing.

Egypt also closed until further notice its Rafah crossing with the Gaza Strip, the territory’s only access to the outside world that is not controlled by Israel.

The Israeli army said in a statement that the Kerem Shalom crossing, which lies on the border of Israel, Egypt and Gaza and where the gunmen breached the fence, had been reopened on Tuesday morning.