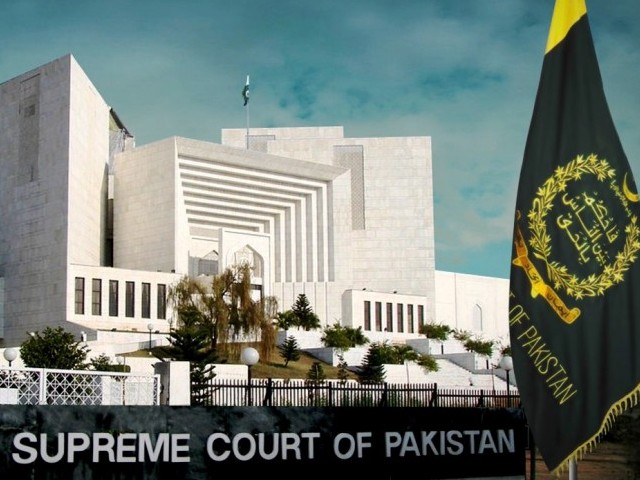 Pakistan announced plans to set up special military courts to counter terrorism as a new anti-terrorism strategy in the aftermath of the Pakistani Taliban school massacre that killed 150 people, including children. Extraordinary circumstances require extraordinary measures, military courts are widely felt to be the only viable option for stemming the sadistic tide of terrorism which has swept Pakistan.

Critics opined that military courts or reinstating the death penalty were cosmetic measures that would be insufficient to improve the legal process and the police as an efficient organisation in the long run. These critics feared that these steps would hugely strengthen the role of the military in the country and weaken democracy, they were also unsure whether there would be any civilian oversight or media access. These fears could be considered seriously if Pakistan were in a normal situation, the country is at war and a major army operation is going on since months to root out terrorist proxies and mercenaries. Only the army can crush them effectively so that civilians breathe a sigh of relief and the country is saved from this threat.

Pakistani superior courts are strangely hesitant in the speedy resolution of terrorism cases. Every process takes painstakingly long and even when complete, the criminals are not punished and at times not even sentenced. The judiciary was not always like this, there have been numerous venerable judges that left noble examples of justice and intellect. Judiciary has now been politicized due to excessive social elite inter-action and luxuries, it has become compromised as an institution. Controversies and politics have almost destroyed the judiciary, one of the most honorable pillars of state. Judicial commissions need to investigate how they can remedy these ineffectualities.

Judges never used to meet politicians or businessmen/tycoons socially or had friends outside legal circles to prevent any outside influence on their judicial decisions. Surprisingly, in the last decade some judges became media figures and received too much publicity, public access and social mingling diminished their ability to deliver pure justice. Suo motu powers and contempt of court notices were frequently used to control the narrative at a time when criticism was mounting. Sometimes the judiciary also got accused of meddling in politics for pure personal aggrandizement.

In short, the judiciary has failed to deliver and now the institution has to do some soul-searching and revamp itself according to time-tested judicial traditions. Judiciary can withstand the pressure of politicians and tycoons only when it stops attending their social gatherings. Much more dedication and honesty is required to deliver courageous judgement for tackling terrorism.

Some judges have indicated displeasure over military courts encroaching in their domain but they should understand the need of the hour. Military courts are the best option for the government to hold speedy trials of terrorists and those involved in heinous crimes, where the criminal meets his end within the week. The cancer of urban warfare and terrorism has to be dealt with on a fast-track basis. The nation is at war and the army has severely damaged their terrorist infrastructure, the incidence of suicide attacks etc has gone down by 80%, but now attacks that do happen are on a war-scale, such as the Wagah border attack, Karachi airport attack and the Peshawar attack. Terrorists have stooped to a new low, even in war civilians are not attacked and children are not targets. In the Peshawar attack, the TTP aim was to decimate as many children as possible with brutality. Lady teachers were burnt alive as they tried to save their pupils.

Do such savages deserve mercy or a humane approach?

Thousands of TTP convicts are sentenced to death yet in jails since years, terrorism has to be dealt with an iron hand by promulgating special laws now.

Some people say that executing death row inmates isnt going to destroy the TTP, s ideology, but do mercenaries have an ideology and are they individuals really worth saving?

They are planning jailbreaks all the time and whenever they are successful in escaping they strengthen the terrorist network. Some of the death row population are masterminds of these sadistic suicide groups. The TTP has sympathizers who want to stop the executions but there is no reason to be lenient with terrorists or their approvers anymore.

Certain segments of society do not understand the urgency of the matter, times have changed and the public wants to see action and results, not mere words.The establishment of military courts would be in accordance with the articles of the constitution and would not be in conflict with the Constitution of Pakistan. A few different options were discussed by the civil and military leadership to get the proposal approved by parliamentarians.

It was suggested that military courts be established under the framework of Article 256 with protection in the first schedule of the Constitution. There were some minor technicalities in the proposed bill. The first schedule exempts certain types of laws from invoking fundamental rights under Article 8 (1) and (2) of the Constitution. The civil and military leadership were trying to develop a political consensus on the establishment of courts through a constitutional amendment. Some political parties asked the government not to amend the constitution for the special courts, and instead to try terrorists within existing laws.

The provision for Special Courts is already there in the constitution:

1[212B. Establishment of Special Courts for trial of heinous offences.-(1) In Order to ensure speedy trial of cases of persons accused of such of the heinous offences specified by law as are referred to them by the Federal Government, or an authority or person authorized by it, in view of their being gruesome, brutal and sensational in character or shocking to public morality, the Federal Government may by law constitute as many Special Courts as it may consider necessary.

The law and justice ministry has suggested that the government could establish more special courts headed by High Court judges under Pakistan Protection Act (PPA), 2014 instead of amending the constitution for speedy courts manned by army officers. The government has already formed five special courts under PPA 2014 which dont seem to make much difference in this prevailing situation. Political consensus was lacking even at this crucial juncture when the whole nation is in shock after the massacre of schoolchildren.

Finally it was decided that amendments would be brought about in the Army Act to sanction military courts.This bill would be tabled in the next parliamentary session. The Army Act of 1952 will give wide-ranging powers to the Army to court-martial civilians. Under the amended act, the Army could try civilians on charges ranging from terrorism, treason, sedition and attack on army personnel to giving statements conducive to public mischief.

The Army Act, even unamended has a provision to hold the court martial of civilians but only when at least one of the accused belongs to the armed forces.

The proposed amendment only needs to be made in Section 2 (1-d) of the Pakistan Army Act, 1952, by adding some more offences of the Pakistan Penal Code (PPC) and allowing the military courts to convict the civilians and award sentence. The duration of such courts would be at least 2 years, but this can only be confirmed after a parliament session this month.

The judicial and legal system can run unhindered in parallel, dealing with civil and some criminal cases. Another option can also be the proclamation of emergency to deal with the present circumstances.

The situation is not in the control of the provincial governments for sure. Drastic measures are required to solve the present crisis, if military courts prove insufficient, an emergency would be the last course of action.