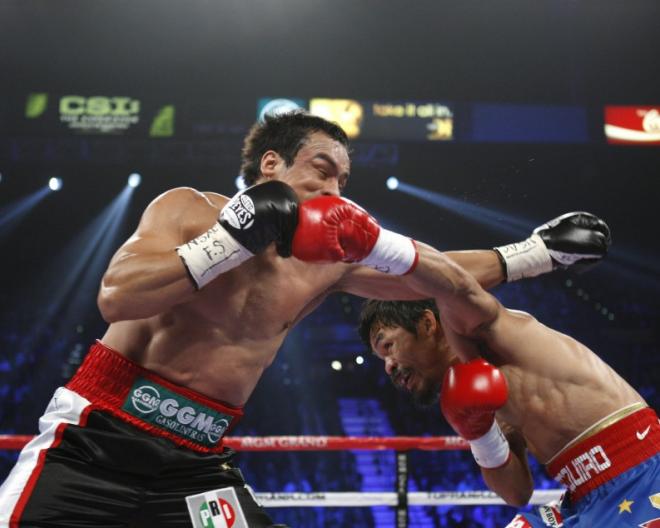 MANILA, Philippines — Juan Manuel Marquez knocked out Manny Pacquiao towards the end of the sixth round, connecting on a right straight Sunday (Manila time) at the MGM Grand Garden Arena.

With bloodied nose and all, Marquez dropped Pacquiao, who was knocked out cold just before the bell.

This was the ending Marquez had been looking for, after settling for a draw and loss via split and majority decisions in the previous three fights.

Pacquiao, who was knocked down by Marquez in the third round, took a hard punch to the chin and couldn’t get up after that.

It was the first time in four fights that Pacquiao was knocked out by Marquez.