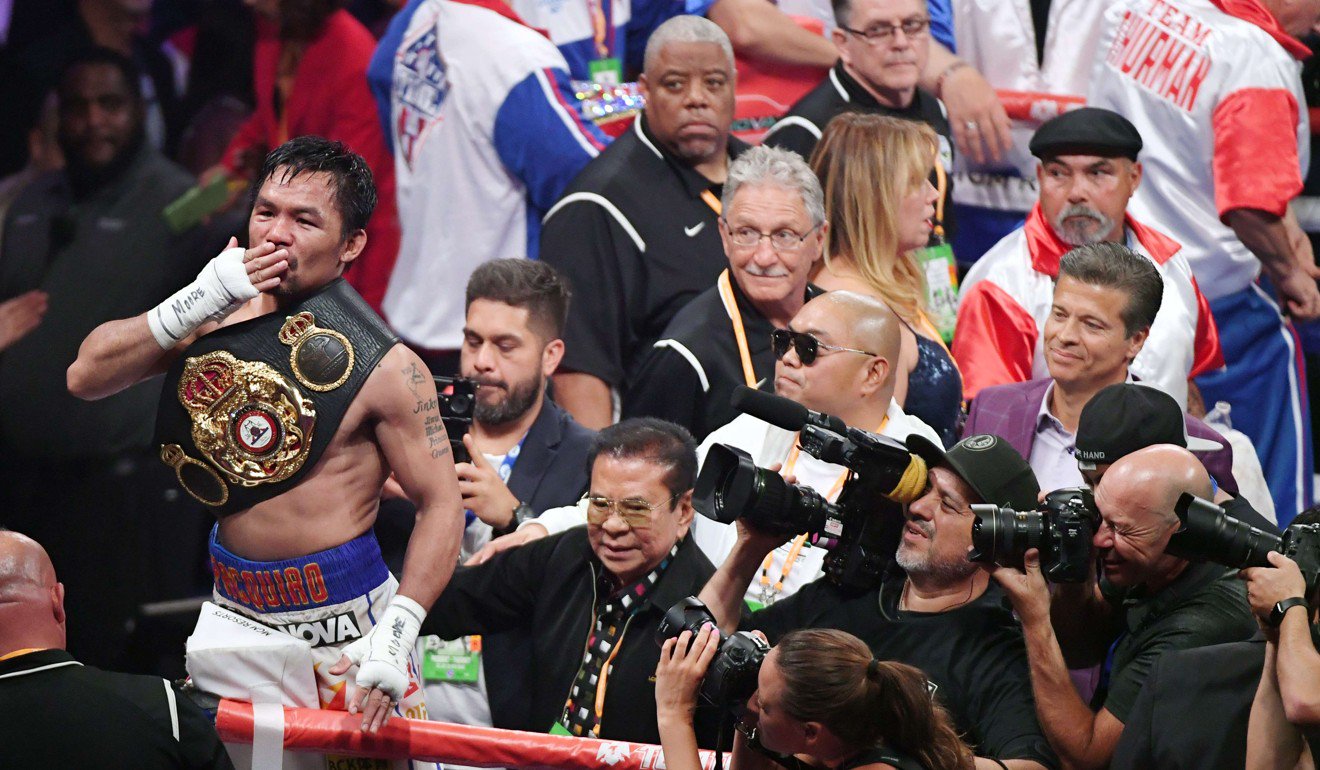 Manny Pacquiao snatched the WBA strap from Keith Thurman on points in Las Vegas on Saturday night with an incredible performance that catapulted the Filipino back to the top of the welterweight division at 40 years of age.

Controversy was narrowly avoided when Pacquiao got the nod by majority decision 115-112, 115-112, 113-114, with one judge inexplicably awarding honours to Thurman.

In reality, the previously unbeaten Thurman was given a boxing lesson by the veteran, who improved his record to 62 wins, seven losses and two draws as he reclaimed a world title six months after his previous win against Adrien Broner.

After the fight, a gracious Thurman (29-1, one no contest) all but admitted he had been outclassed by Pacquiao.

The Filipino stunned observers at the MGM Grand when he began the bout like a hurricane and had the 30-year-old Thurman on his back in the opening round after a pinpoint right hook landed flush on the American.

“He got the knockdown so he had momentum in round one,” Thurman said after the fight… see more