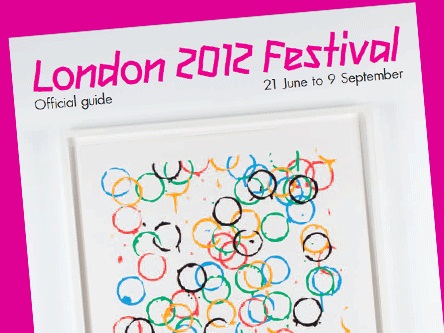 The ‘once in a lifetime’ arts festival celebrating the Olympic Games will see 12,000 performances and events with 130 events taking place in the opening few days.
Day one sees four main launch events across Britain, with famous conductor Gustavo Dudamel leading The Big Concert featuring the 200-strong Simon Bolivar Symphony Orchestra performing in the shadow of Stirling Castle.
In Birmingham the City of Birmingham Symphony Orchestra will premiere a new work before the city plays host to The Voyage, featuring a large ship sailing into the town centre accompanied by an amateur choir, live musicians and more than 140 community performers.
Cumbria’s On The Night Shift will see French pyrotechnic team Les Commandos Percu light up Lake Windermere, while Derry will play host to Peace One Day’s concert Global Truce 2012.
The free concert, organised by Jeremy Gilley and Peace One Day ambassador Jude Law, will see performances from stars including Pixie Lott, Imelda May and Newton Faulkner.
Today will also see Sacrilege, Jeremy Deller’s life-size inflatable replica of Stonehenge, ‘pop up’ for the first time at the National Botanical Gardens in Carmarthen.
Other highlights in the first week include the Radio 1 Hackney Weekend music festival, a performance by comedian and musician Tim Minchin at the Eden Project and an exhibition of Olympic and Paralympic posters at Tate Britain.
London 2012 Festival director Ruth Mackenzie said: ‘When the UK won the bid for the Olympics in 2005, we promised to return to Baron Pierre de Coubertin’s original idea of an Olympic Games based on the three pillars of sport, art and education.
‘This summer, London 2012 Festival showcases the world’s greatest artists alongside the stars of the sports world, a once-in-a-lifetime cultural experience to match the once-in-a-lifetime visit of the Olympic and Paralympic Games to the UK.’

One Response to “London 2012 Festival”