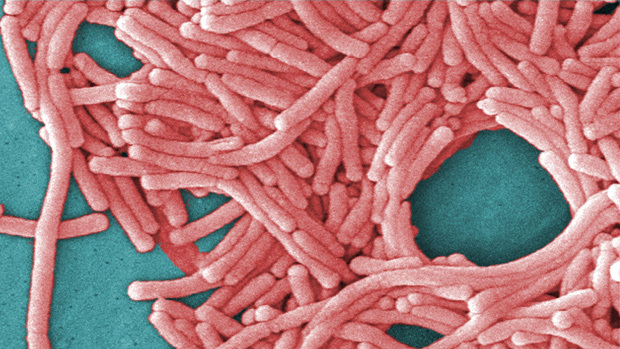 Quebec’s public health board says legionnaires’ disease has claimed another victim in Quebec City, raising to 10 the number of people who have died from complications.

On Friday, the public health board said it was seeing fewer cases of infections caused by the disease. At that point, 158 people had been infected since July.

According to authorities, the overall number of patients being admitted with the infection seems to be tapering off.

Quebec City Mayor Régis Labeaume wants the public health board to release the locations of buildings where officials have discovered legionella bacteria.

According to the public health department, many building owners have failed to respond to the government’s request to inspect their cooling towers.

Inspectors are currently reinspecting about 30 buildings to make sure owners have complied with cleanup directives.

The potentially deadly legionella bacteria can grow in the stagnant water of systems called cooling towers, and then spread in droplets through ventilation.

Heavy smokers and people with weak immune systems are most at risk of catching the disease, which is not contagious. Symptoms include persistent fever, coughing and difficulty breathing. Most people are not at risk.

The disease can be treated with antibiotics if it is diagnosed in time. There has never been a documented case of drug-resistant legionella

Desbiens said the regional health authority has ordered that building owners keep a minimum of chlorine in the cooling towers’ water at all time.

This order was effective as of Saturday.

Officials inspecting the cooling towers are giving owners information kits to know how to maintain a level of sanitation conforming to the new standards.

In total, 130 towers in 75 establishments were inspected. Thirty-one of these were inspected twice, most of them in the Saint-Roch and Saint-Sauveur boroughs.

On Friday, the corporation representing Quebec’s master plumbers warned that people who lower the temperature on their water-heaters to save power could be exposing themselves to the bacteria.

In a release, the corporation asks people to maintain a temperature of 60 degrees Celsius.

The group said it took part in developing this national standard of heating water to 60 degrees before cooling it.

This strategy was recognized as one of the best to protect people against legionella and burns.