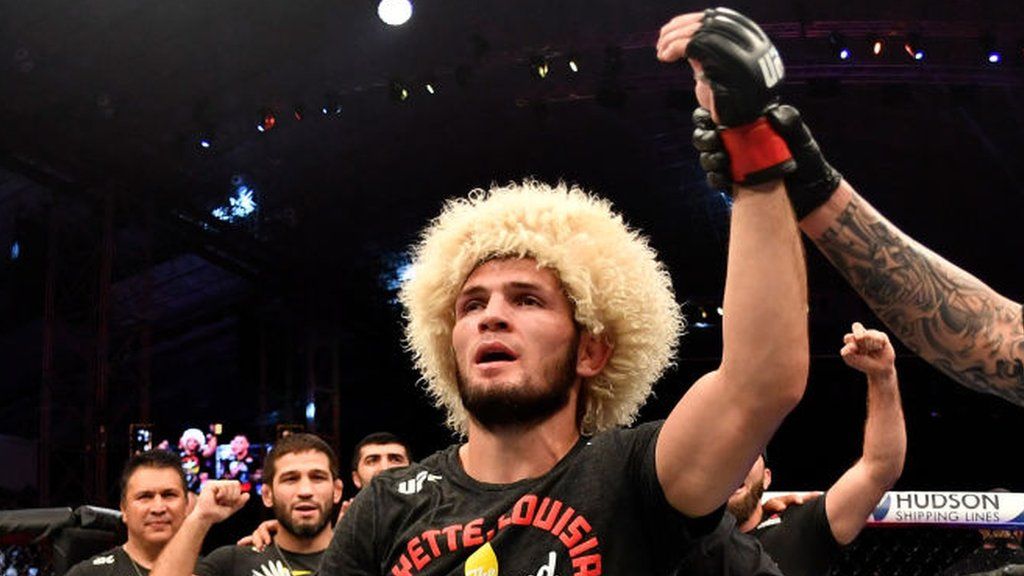 Nurmagomedov, 30, submitted America’s Poirier in the third round on Saturday to make it 28 wins from 28 fights.

The Russian outwrestled Poirier over the first two rounds before securing a rear naked choke to cement his status as the UFC’s number one 155lb fighter.

Numagomedov defeated Conor McGregor via submission at UFC 229 in 2018.

That contest in Las Vegas ended in a wild brawl between the two rival teams and left Nurmagomedov suspended.

After serving his ban, the Russian returned to face Poirier with the well-deserved reputation as one of the most dominant fighters in the world.

Poirier had captured the interim title with a thrilling win over current featherweight champion Max Holloway at UFC 236 in April.

It set the stage for a champion versus champion clash with the returning Nurmagomedov looking to re-establish his place at the top of the division.

And he did just that with a dominant display of wrestling and grappling that left Poirier with no answer as he relentlessly pursued a submission finish through three punishing rounds…. see more