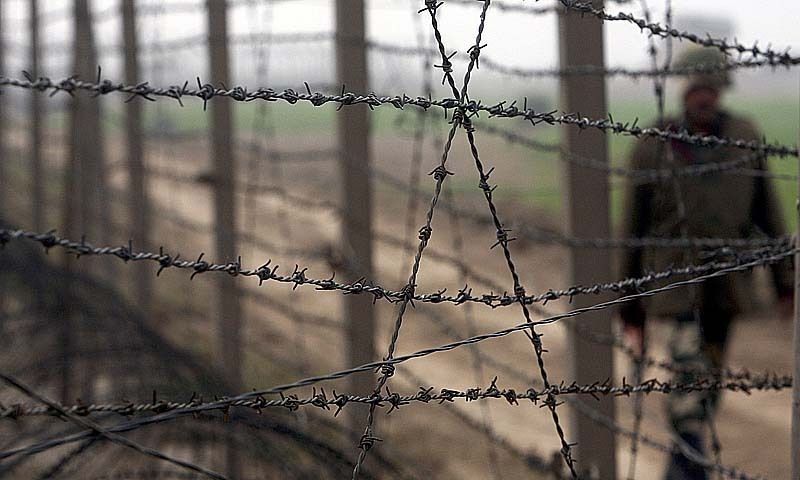 Kashmir is at war since the independence of Pakistan and India, being one of the world,s oldest disputed territories only comparable with Palestine. The freedom struggle has resulted in 70,000 dead by some estimates. 27th October 1947 is a date firmly etched in the minds of Kashmiris, it is observed as a Black Day on both sides of the Line of Control to show resentment and the resolve to attain independence from India. On this day Indian armed forces invaded and illegally occupied a large part of Jammu and Kashmir. They violated the ‘Partition Plan of the Indian Subcontinent ‘and forcibly landed in the princely state. India owed Kashmiris the right of self determination but till date they have been deprived of it.

Kashmir has been a source of friction between India and Pakistan since 1947, the Indian greed to keep regional resources in their hand being the main reason. It is one of the oldest disputes still pending unresolved at the United Nations. A UN commission called for the withdrawal of Indian and Pakistani armies in August 1948 and brokered a cease-fire in 1949.  It was decided to hold a referendum to decide the future of Kashmir’ The question of the accession of the State of Jammu and Kashmir to India or Pakistan will be decided through the democratic method of a free and impartial plebiscite’.  These UN resolutions were disregarded by India and it continued to treat Kashmir like a colony rather than a part of the country. The Kashmiris were not given the right of self-determination.

Kashmiri freedom fighters were abducted, murdered and tortured by Indian security forces, the worst human rights abuse was carried out which included severe beatings, electrocution and sexual humiliation against hundreds of detainees. Kashmiri citizens are dealt with differently under the Jammu & Kashmir Public Safety Act, under which they are jailed for two years, if considered likely to commit subversive acts. An estimated 20,000 are detained according to Human Rights Watch.

A local Kashmiri lawyer Imroz discovered 3,844 unmarked mass graves while searching for disappeared people and he still has to search in 16 more districts. Appalling figures surfaced putting the murder toll at 6000 out of which 80% were identified. This is prima facie evidence of war crimes by Indian army, of a war that has never been highlighted by international media. The UN sent a report to the State Human Rights Council warning India of its obligations under human rights treaties and laws shortly after this.

Afzal Guru was convicted by the Indian Supreme Court in connection with the 2001 attack on the Indian Parliament, he was hanged inside Tihar jail on February 9 and buried on the premises. Strict curfew was clamped on Kashmir as people protested against his unfair trial and mysterious death. Former Indian CBI investigator Satish Verma said India itself was behind attacks on Parliament in Delhi and Mumbai with the objective of strengthening anti-terrorism laws.Thus Afzal Guru was innocent and hanged on trumped up charges. Afzal Guru’s hanging started a “fresh anti-India revolution” in Kashmir.

Arundhati Roy, an Indian social activist and novelist faced treason charges and the threat of imprisonment for saying that Kashmir was one of the most protracted and bloodiest occupations in the world, and the most ignored. Ten lakh Indian army troops are deployed in Kashmir to carry on the reign of terror. India made maximum efforts since 1990 to project the freedom movement in Kashmir as terrorism and put the issue on the back burner. They believed a media blackout would consign Kashmir to oblivion. The Indian media continued a concentrated blackout on all human rights abuse in Kashmir, international press was not allowed to visit the region.

Diplomatic community posted in India has expressed serious concern about Kashmir from time to time. A cable from the American embassy in New Delhi in 2005 reported that the Red Cross stated that India “condones torture” and torture victims were civilians while freedom fighters were routinely killed.

India prides itself on being one of the worlds largest ‘democracies’. There is an urgent need to expose India’s war crimes on Pakistani and international media. India makes maximum efforts that the issue stays ignored and is never resolved. It is as legitimate a cause as Palestine and the freedom of both is inevitable in the future. The Pakistan government needs to be more pro-active on the Kashmir issue and make efforts to help our Kashmiri brethren on all diplomatic and official levels. Kashmir has been denied its rights ever since partition when the Hindu ruler defected to India ignoring the plight of the majority Muslim population. India continues creating a false freedom struggle in Baluchistan with the help of RAW and paid agents and raises hue and cry about it worldwide. It ignores the Kashmir region completely which is a recognized international dispute.

Kashmir is a legitimate struggle with UN resolutions in its favor and there’s no reason to back off and leave it unresolved. There is need for the Pakistan government to increase its interest in the Kashmir issue and show no leniency. The PML-N government surprisingly started downplaying Kashmir in its eagerness to have better relations with India.  Not only that, its PM of AJK Ch. Majeed visited army headquarters and asked that Pakistan army posts be pulled back for some strange reason. PML-N used Kashmir as part of its election strategy and it should have pursued it with sincerity after coming into power.

No trade agreements should be signed and Most Favored Nation status should not be given to India. There should be restrictions on fake Aman ki Asha type of diversions and channels like Geo etc need to be given a set of rules they cannot contravene, there should be an official government policy on all issues which are not in Pakistani interests. The Kashmiris should be given the right of self determination, their right to freedom is a cause which is sacred to every Pakistani.

The Indian and Israeli lobby would stoop to any level to deny Kashmiri people their rights.  Israel is actively helping India in fortifying the LOC to an unacceptable level just like it treats the Palestinians. It has sold the Indians the same equipment which it uses on Palestinians. Advanced sensor units have come up along the border with Pakistan. IACCS (integral command and control system) have become operational, they integrate older sensors like THD-1955 long-range surveillance radars with newer ones like ATCR-22, Rohini and medium-power radars as well as Aerostats and Phalcon AWACS (airborne warning and control systems).

Pakistan questioned India’s right to engage in civilian construction work on its side of the Line of Control. There has been regular shelling on the LOC and working boundary from the Indian side since Eid day. Things have become worse since Narendra Modi came into power, his anti-Muslim and anti- Pakistan approach is upping the ante in Kashmir as well. What is Modi trying to do by resorting to this shelling ? It is not tactically advantageous as our army has dominant positions and can wreak considerable damage on Indian military and civilian locations. The present trouble at the LOC denotes the Indian frustration due to Pakistani nuclear deterrence and could be an effort to divert Pakistan army from the ongoing successful operation Zarb e Azb. The TTP proxy war in North Waziristan was keeping Pakistan destabilised. India is also trying to project a tougher stance on Kashmir as Pakistan has reiterated its UN resolution backed stance on the matter.

Appearing rabid towards Pakistan and a tough stance on Kashmir also help Modi in his clean sweep election campaign. India and its media also loves to portray Pakistan as some kind of a rogue state so that international sanctions could incapacitate its nuclear assets. Along with this non-kinetic means have been employed to create anti Pakistan army sentiments even in Pakistan through negative media. A stable Pakistan can support the Kashmir struggle, instability in Pakistan also affects Kashmir.

Kashmiris need to unite and continue their freedom struggle from a single platform to achieve success. Complete independence may not be quite do-able as they have a major nuclear power on either side of them. Such an independence would be short lived as India would reclaim Kashmir with ease, only Pakistan can give them protection. Inclusion in Pakistan or semi -inclusion is the only practical solution as they join AJK province of Pakistan. Kashmir was supposed to be a part of Pakistan in 1947 and that is the only irrefutable solution as too much blood has flown in Indian occupation.

2 Responses to “Kashmir and LOC”