Karzai farewell speech and Taliban on the new govt 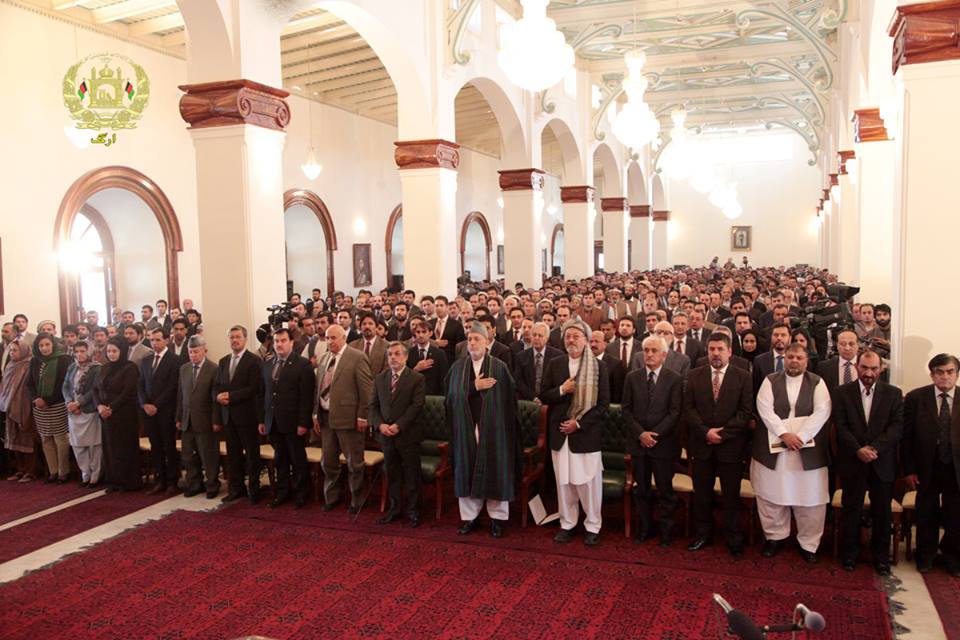 Afghanistan, finally, has a new president. Ghani will serve as the president of Afghanistan after signing a power-sharing agreement with Abdullah Abdullah, who will become Afghanistan’s chief executive—a newly created slot. The country, which was sliding gradually back into a chaos just balked at the precipice and saved itself from falling down. Under whatever circumstances, conditions and expediency the national unity government must have come, but it has staved off a biggest threat which was hovering upon this nation. This troubled nation should be obliged to all those who used their energies tirelessly to save the political crisis from turning into bloodshed or unleashing pre-Taliban times. Had that happened and it would have been a fatalist downside of democracy in Afghanistan. The current crisis seems to be created by the United States as it was the same Mr. John Kerry, who is currently the US Secretary of State and at that time he was a Senator, who told Hamid Karzai back in 2009 that if he accepts the condition of welcoming a chief executive, the United States will declare him the winner of the presidential polls with a 51.2% vote margin and if he doesn’t the election will go to second round. But he defied and it made him a powerful man not only in the country but even in the eyes of the US. And it was the political acumen of Abdullah Abdullah who backed out from the presidential election at that time. This time he deserved to be given chance. Though the government that is coming into shape will have some weaknesses in terms of technicality as usually under a bicameral system of government a chief executive comes from the parliament and he remains head of the government, and a president comes from the senate and he represents the state. But here it’s different. The US may have wanted a two-head government in Afghanistan so that Kabul should always remain at the beck and calls of the Washington. If the United States thinks so it’s better to disillusion itself. Now the two leaders will work together for the betterment and national interests of Afghanistan. If one fails the other will make a right decision and if the second one fails the first one will steer in a right direction. Now it’s up to the two leaders how they run the government and how they prioritize things and policies. They should work like two eyes of a body—the government. Moreover, the Taliban have issued a statement that they don’t accept the national unity government. The statement looks very snotty as none has asked them whether they accept it or not and their acceptance or rejection has nothing to do with the legitimacy of the new government. They have lost this right for being the stooges of Pakistan. If they think they are free and independent could they tell anything freely against the will of Pakistan? And yes, unlike them Mr. Karzai has a long tirade against the United States. Then they should tell this nation that who is free, and what is good for Afghanistan. A democratic leader or a person hiding somewhere in a city of Pakistan? Karzai, even in his farewell speech, slammed the US and Pakistan. Could the Taliban do the same to criticize Pakistan because the Taliban never tire in dubbing Karzai as an America’s man? If, they cannot talk freely against Pakistan, then they should feel ashamed over their bondage and the stooge-role they have been playing for Pakistan. They should revisit their approach and policy. With the change in their mindset the new government will definitely welcome them.