Justice JS Verma suggested that the politician may need a certificate….

Verma says that in a sample of 58,401 candidates who contested Lok Sabha and assembly elections, 2,468 elected members were found to have criminal cases against them. “This constitutes 31 percent of the Electoral College. We are of the opinion that if 31 percent of the Electoral College has either been charged with or convicted of a criminal offence, a fundamental attribute of morality which is inherent in discharging public functions stands seriously impaired. We may add that on the definition of heinous cases, which list we have supplied, 20 percent of all elected candidates have a criminal record involving such heinous offences.”

He recommended: “Scrutiny and verification of the disclosures made by candidates in respect of their assets may be made by the CAG with necessary follow up action in the case of such disclosures being found to be incorrect or false. Such discrepancies should be a ground for subsequent disqualification under the Representation of People Act 1951.” 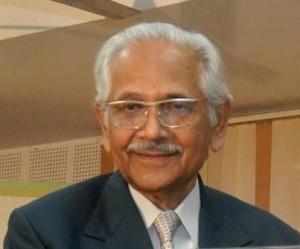 Verma has called for an amendment to the Comptroller and Auditor General’s (Duties, Powers and Conditions of Service) Act 1971 “to permit a deeper investigation of assets/liabilities declared at the time of filing a nomination paper or, as soon as may be practical thereafter. The assets and liabilities of each successful candidate — at the very least, if not all candidates — contesting elections to the Parliament/state legislature may be verified by a division of the CAG of India.

“If this were so, then the law can be amended that a certificate from the office of the CAG of India will be necessary, which will certify that the assets which have been declared have been correctly declared. This would guarantee probity in public life and would ensure that any candidate who stands for election will have the requisite moral authority to be able to engage the people.”

The bottom line being : The candidate must have a “Clean Character Certificate form the CAG-India”

The question remains will it get a node form the Parliament full of Law makers who are facing criminal charges?

Coping With Anxiety During Pandemic