The grieving mother of Chinese university student Jun Lin says her son viewed Canada as a place that was welcoming and safe for immigrants, but his brutal killing and dismemberment have left her with a starkly different view of the country.

“We still believe that most people here are very kind, but this heinous crime happened in Canada. It’s made me reconsider what kind of place this is,” Zhigui Du told the CBC’s Mark Kelley in an interview for The National on Monday.

Lin’s parents have been treated with “kindness” by the federal government, she said, and people here have shown the couple sympathy and support since they arrived in Montreal following their son’s grisly slaying in late May.

But his death, the brutal nature of which garnered headlines around the world, has shattered the idealistic view of Canada that Du’s 33-year-old son had impressed on her.

Before moving to Montreal from Beijing to study in a computer engineering program at Concordia University, Lin had done extensive research online about Canada. 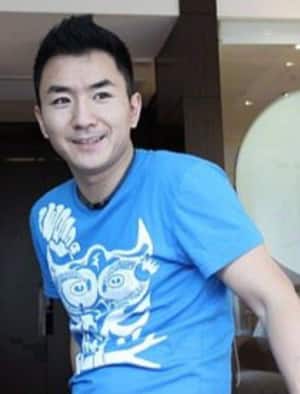 Jun Lin is shown in this undated photo from his personal Facebook page under the name of Patrick Lin. (Canadian Press)

His mother said he had the impression that it was “a peaceful place with great respect for multiculturalism,” and that there was no reason to worry about his safety.

Luka Rocco Magnotta, a small-time adult-film actor originally from the Toronto area who had cultivated a strange assortment of personae online, has pleaded not guilty in the case. He has been charged with five criminal offences including first-degree murder, harassing politicians and posting obscene material to the web.

Today, Du says, when she walks down the street sometimes she feels like “everyone looks like Magnotta. I live with so much fear.”

Magnotta, 29, was arrested in Berlin on June 4 following an international manhunt, and was extradited to Canada on board a military aircraft two weeks later. He made a brief court appearance in Montreal on June 21 where he requested a trial by judge and jury.

Lin’s parents flew to Montreal last month to collect their son’s remains and mourn his death, holding a private memorial service that drew between 50 and 100 friends and family.

In an emotional two-hour-long interview, the couple spoke of their struggle to come to terms with Jun Lin’s killing and their anxiety over the court case, which is still months away. Pretrial motions will begin in March 2013.

Asked whether the Canadian legal system will be able to deliver justice in his son’s death, Jun Lin’s father, Diran Lin, said, replied, “I hope so … I can only wish for it.”

Looking back on son’s life

Jun Lin was born in the city of Wuhan, in central China. His mother said the family lived in a remote area, “poor with material things, but we were a happy family.”

To get around, the three of them would pile on a single bicycle, Jun Lin on the front, Du on the back, his father in the middle pedalling them along “bumpy village roads.”

Going to Canada was Lin’s dream, his mother said, but after arriving in Montreal he stayed in touch with his family almost every day.

They lost contact with him on the evening of May 24, and his mother then got a phone call from one of her son’s classmates in Montreal saying that his friends also had not heard from him.

“When I heard that, my heart almost stopped beating,” Du said. “I couldn’t breathe.”

She eventually learned of Jun Lin’s death from a TV news report, and said she fainted.

Jun Lin’s death has put a strain on the couple, and the suggestion that his slaying has allegedly been posted online has only heightened their anguish.

“What a disaster and huge pain for our family,” Du said, sobbing.

“The most unbearable pain for me is that the video got posted on the internet. People watched it over and over. It’s like my son is being murdered again and again.”

Diran Lin said he doesn’t believe his son had a relationship with Magnotta, although his apartment was the site of Jun Lin’s murder.

“I’m confident to assure you on that,” he said, adding that testimony at trial may clarify whether the two men knew one another.

While they wait for the trial to begin, Jun Lin’s parents are also trying to decide where to lay their son’s remains to rest.

They had planned to have the burial in Montreal because, his mother said, he loved it so much there.

But the couple is facing mounting pressure from family to lay his remains to rest in the country where he was born and raised.

“We Chinese have an old saying: ‘Fallen leaves must go back to the root of the tree,'” Du said. “We’re caught in the middle and really don’t know what to do.”

Philippines cited for mobile phone use