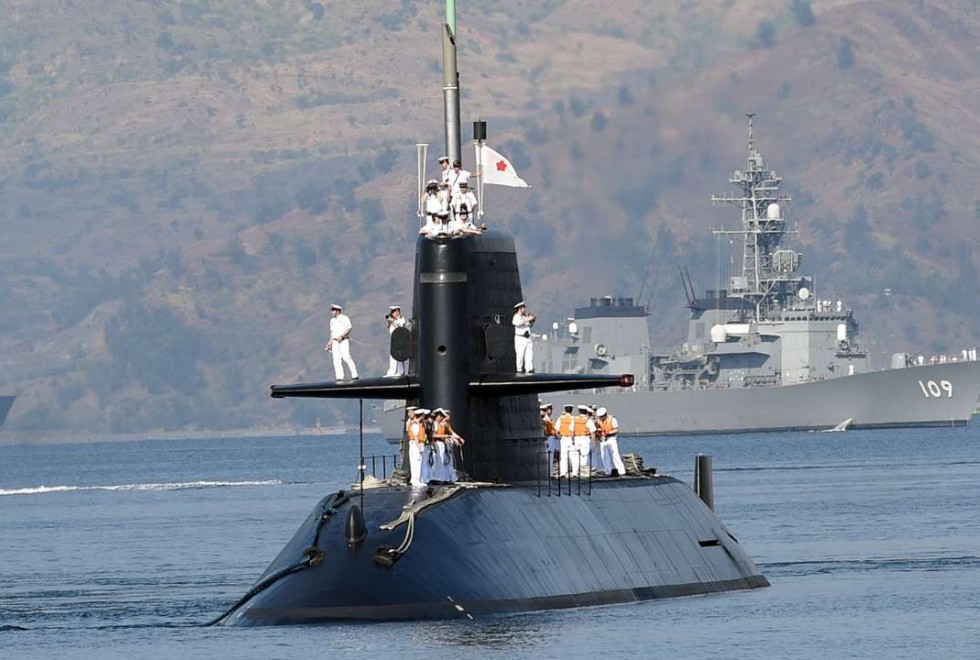 A Japanese submarine made a port call in the Philippines, the first in 15 years, on Sunday in a show of growing military cooperation amid tension triggered by China’s growing assertiveness in the South China Sea.

Oyashio, one of the newest and largest submarines in the Japanese navy, was escorted into the former US Navy Base at Subic Bay by two Japanese destroyers, JS Ariake and JS Setogiri, on a tour of Southeast Asia. Manila is seeking to strengthen ties with Tokyo as tensions mount over the disputed waterway, almost all of which is claimed by China.

The sprawling former US naval base is just 200 kilometres from a Chinese-held shoal.

“The visit is a manifestation of a sustained promotion of regional peace and stability and enhancement of maritime cooperation between neighbouring navies,” Philippine Navy spokesman Commander Lued Lincuna said.
The Ariake was equipped with an anti-submarine helicopter… see more