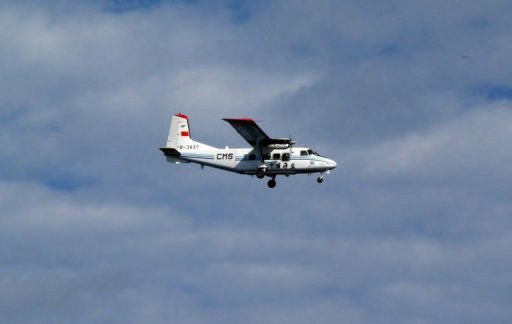 AFP – Japan scrambled fighter jets on Saturday to head off a Chinese state-owned plane that flew near islands at the centre of a dispute between Tokyo and Beijing, a Japanese Defense Ministry spokesman said.

The Japanese jets were mobilised after a Chinese maritime aircraft ventured some 120 kilometres (74 miles) north of the Senkaku islands, which China calls the Diaoyus, at around 12:00 pm (0300 GMT), the spokesman said.

The Chinese Y-12 twin-turboprop later left the zone without entering Japanese airspace over the islands, he added.

It was the first time Japanese fighter jets had been scrambled this year to counter Chinese aircraft approaching the islands, the spokesman said.

Japan dispatched fighter jets last month after a Chinese state-owned plane breached airspace over the islands, while Chinese government ships have moved in and out of waters there for the past few months.

The confrontations have become commonplace since Japan nationalised the East China Sea islands in September, a move it insisted amounted to nothing more than a change of ownership of what was already Japanese territory.

But Beijing reacted with fury, with observers saying riots that erupted across China in the weeks following had at least tacit government backing.