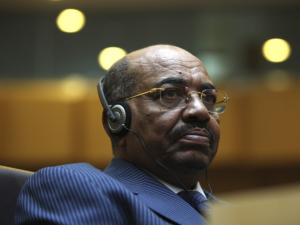 Khartoum – Sudanese military officers jailed for a coup attempt want President Omar al-Bashir to pardon them as “political prisoners”, the army said on Tuesday, highlighting turmoil within the Khartoum regime.

They were convicted on Sunday and ordered to serve sentences ranging from two to five years in prison for the plot last year.

Army spokesperson Sawarmi Khaled Saad said they have waived their right of appeal.

“They requested, under the amnesty announced by President Bashir for all political prisoners, to be pardoned under this,” Saad was quoted as saying by the official SUNA news agency.

Bashir announced last week that all political prisoners would be freed as the government seeks a broad political dialogue, “including (with) those who are armed”.

Authorities then released seven political inmates, although the opposition says hundreds more are still being held.

Sawarmi said 11 officers were convicted but one of the defence lawyers gave the total as nine.

They were found guilty of “attempting to undermine the constitutional and security system and threaten the country’s unity and harm the armed forces by the use of force,” the army said.

Officials gave only vague details about the November plot which analysts said was linked to hardcore Islamist officers who had once firmly backed the regime.

The heaviest sentence of five years went to Brigadier Mohammed Ibrahim, who played a role in the 1989 coup that brought to power Bashir’s regime, which describes itself as Islamist.

“This is a power struggle. It’s no more than that,” said Magdi El Gizouli, a fellow at the Rift Valley Institute.

He said Bashir will likely pardon some of the officers, whose goal is to replace Defence Minister Abdelrahim Mohammed Hussein and assume other key security roles.

“This is about some sort of (political) exchange, rather than a court procedure,” Gizouli said.

After Sunday’s verdict, a regional political analyst said “the regime is scared” of its opponents and described the sentences as relatively light.

The officers could have faced the firing squad.

Most of the detainees are close to a vocal group of veterans of the 1983-2005 civil war with the now independent south, and an elite group of volunteer mujahedeen fighters among them called Al-Saihun or “tourists for the sake of God”.

Along with a youth movement within the ruling National Congress Party, the war veterans have called for new national leadership and a return to Islamic values because they said the government is tainted by corruption.

The accused plotters were detained without any shots being fired.

Authorities also arrested Salah Gosh, who served as national intelligence chief until 2009. As he is not a military officer, his case was to be heard later.

Sudan has experienced at least seven coups or attempted coups in its 57 years of independence.

There has been some easing of tension since early March when Sudan and South Sudan finally settled on detailed timetables to implement crucial economic and security pacts, after months of intermittent border clashes.

Bashir then announced the amnesty, but no other prisoners are known to have been freed since the initial seven.