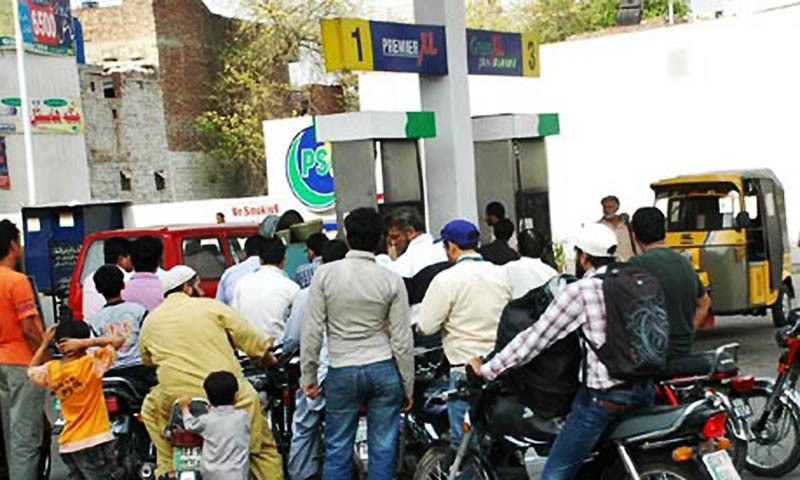 Keeping an eye on the current situation of Pakistan the only thing came to my mind was the famous quote which we have always heard “History repeats its self first as tragedy, second as farce” Pakistan will soon give the practical demonstration of this excerpt with all consequences. The time to restart the cycle of life from very initial phase has reached for Pakistani nation. Here is a story of a naïve nation grumbled in its own net.

There was a time when people use to walk for hours and it contributed not only to their physical fitness but also strengthened their nerves by making them resistance to stress and strident environment. Then an era of bicycles was started which eased the people and made them lazy but in the beginning only people of elite class were able to meet the expense of buying a bicycle. The trend escalated and bicycles become common, followed by an era of motor cycles, cars and variety of other vehicles. Fuel was required to run these motor based vehicles that left people flabbergasted as they had never seen any such thing before. The trend actually emerged from highly developed western nations but soon propelled throughout the world. Citizens of that naïve nation also started imitating and striving to get indulged among trendy nations. They ignored the future impressions and followed the currents blindly that lead to dark. Even their teenagers started exploiting these vehicles without meeting the legal requirements.

They just ignored the fact that the rule to spent successful life do not lies in imitating the succeeded one’s but to spent within your own limits by considering the long lasting effects. Philosophers and saints started making prediction about their darker future but they just ignored them. One day the prediction converted into reality which left them deprived off the fuel and when the undercover story revealed, 50% of the nation get a huge shock and instead of contributing to solutions they started behaving like insane and every one pulled their socks up not to face the crises but to store as much petrol left as possible. The one’s who got maximum felt accomplished while the others started mourning and criticizing their leaders for the reason behind the shortage. After penetrating deep to the roots of problem it was disclosed that their petroleum company had drown from head to toe in debt of approximately 500million. When the developed countries came to know the reason they just amused and tickle on the country who had buried in the marsh just because of them.

On the other hand the mature and realistic nations didn’t compromise on their resources blindly just to become leading part of the race. They formulate their plans after considering the effects on their forth coming generations. Former nation is none other than Pakistan while in the latter situation few highly developed countries like Japan and China are included which might become the super powers in near future but people of these countries do not feel ashamed of riding bicycle and still use them instead of using motor vehicles. Whereas for Pakistani people riding bicycle as a mean of transport is same as a scar on their forehead.

Government is not solely responsible for the recent turmoil, our spoiled nation contributes equally. Instead of dealing with the problems wisely the behavior of people is very disappointing. They are acting as if petrol is medium of their survival; they breathe on petrol and use it as a substitute for food and water. As a matter of fact, we can tackle this problem just for our own facilitation by using the bicycles again for travelling which apart from acting as an alternative source of travelling, economical as well as non hazardous for atmosphere. Use of curricle with horse is also not a bad idea as a large number of countries are still using it for travelling including Japan.

Pakistan is currently going through the major petrol crises faced ever in history and the steps taken till now for the solution by government is co equivalent to adding a drop of water in the sea. According to media sources government has now provoked to take immediate action as our PM had cancelled all the official engagements in order to concentrate on the current issue and I am cent percent sure that their efforts will augment the amount of national debt from developed countries that will soon hit the country with another big crises. Pakistan had been tangled in the crunches of different levels so far including energy crises, flour shortage, gas shortage, water crises etc, now petrol got its turn and the next thing in the queue is most probably the air because it is the only source of survival left in Pakistan remained untouched.