Iraqi Kurds near border to fight ISIL group in Syria 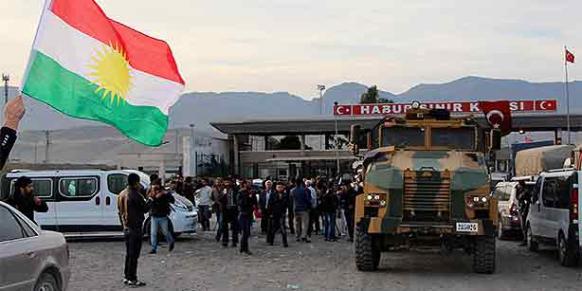 A group of Iraqi Kurdish peshmerga troops arrived in Turkey early Wednesday on their way to Syria to help their Syrian Kurdish brethren fight Islamic State in Iraq and Levant (ISIL) extremists in the embattled border town of Kobani.

The unprecedented mission by the 150 fighters came after Ankara agreed to allow the peshmerga troops to cross into Syria via Turkey – although the Turkish prime minister reiterated that his country would not be sending any ground forces of its own to Kobani, along the Syrian-Turkish border. After a rousing send-off from thousands of cheering, flag-waving supporters in the Iraqi Kurdish capital of Arbil, the peshmerga forces landed early Wednesday at the Şanlıurfa airport in southeastern Turkey. They left the airport in buses escorted by Turkish security forces and were expected to travel to Kobani through the Murşitpınar border crossing with Syria.

Turkish Prime Minister Ahmet Davutoğlu told the BBC that sending the peshmerga was “the only way to help Kobani, since other countries don’t want to use ground troops.” The ISIL group launched its offensive on Kobani and nearby Syrian villages in mid-September, killing more than 800 people, according to activists. The Sunni extremists captured dozens of Kurdish villages around Kobani and control parts of the town. More than 200,000 people have fled across the border into Turkey. The US is leading a coalition that has carried out dozens of airstrikes targeting the militants in and around Kobani.

The deployment of the 150 peshmerga fighters, who were authorized by the Iraqi Kurdish government to go to Kobani, underscores the sensitive political tensions in the region. Turkey’s government views the Syrian Kurds defending Kobani as loyal to what Ankara regards as an extension of the Kurdistan Workers’ Party, or PKK. That group has waged a 30-year insurgency in Turkey and is designated a terrorist group by the US and NATO.

Under pressure to take greater action against the ISIL militants – from the West as well as from Kurds inside Turkey and Syria – the Turkish government agreed to let the fighters cross through its territory. But it only is allowing the peshmerga forces from Iraq, with whom it has a good relationship, and not those from the PKK.