by Hamida
in Interviews
0

George Ritzer  is an American sociologist, professor, and author who studies globalization, metatheory, patterns of consumption, and modern and postmodern social theory. His most notable contribution to date is his concept of McDonaldization, which draws upon Max Weber‘s idea of rationalization through the lens of the fast food industry. Currently, Ritzer is a Distinguished Professor at the University of Maryland, College Park.

Can you please tell us something about yourself: your early life, schooling and college life?

I was born in New York City and lived there until I was 22. New York was a very European City in those days and it shapped much of my thinking about changes in the US over the last several decades. A very powerful experience was my attendance at the premier high school in the US at the time, the Bronx High School of Science.  I then attended City College of New York and earned my B.A. in 1962. I later earned an MBA at the University of Michigan (1964) and a  PhD from Cornell University (1968). I got my first academic job at Tulane University in 1968. I am currently Distinguished University Professor at the University of Maryland.

To what extent is the modern man defined by how much he owns, in terms of material possessions? Has  Descartes’ principle of ”I think, therefore I am” in a way degraded into ”I buy, therefore I am”?

It is certainly true that large numbers of the more affluent people in the most economically developed countries tend to define themselves, and are defined by others, by what they consume. In Bourdieu’s terms, it is what gives them „distinction“. However, this is not true of many people in less economically developed countries and with the growing inequality in the US (and elsewhere) it is not true of many who live there, as well. Their inability to acquire the material posessions that are advertised so heavily leads to a feeling of deprivation amidst a society seemingly dominated by affluence. People, of course, still think about many things. Even in the most materialistic sectors of society, many other things have priority (family, career). But, there is no question that consumption occupies a large part of peoples’ thinking and their day-to-day activities.

As a result of globalization, many ethnic, religious, cultural, individual etc. identities have been suppressed. However, some sociologists are saying that some groups of people are more resistant to globalization. Despite decades and centuries of migrations, they have stayed loyal to their tradition, religious beliefs, customs etc. We can take for example the phenomenon of Chinatown.

This is certainly true, but much of my work focuses on the global forces that lead to increasing homogeneity in much of the world. For one thing, my work on McDonaldization emphasizes how many sectors of society in many parts of the world have come to be increasingly dominated by the principles of McDonaldization- efficiency, calculability, predictabilty, and control, as well as the irrational consequences of emphasizing these principles. The McDonaldization  of the world is symbolized by the global success of McDonald’s (in about 120 countries) and of fast food restaurants more generally. For another, in the Globalization of Nothing I emphasize the global proliferation of social forms characterized by centralized conception, control and a lack of distinctive content. These social forms stand in contradiction local cultures and customs which are defined by „something“- local conception, control and highly distinctive content.

You can buy his books at Amazon.com

These are some of his books: 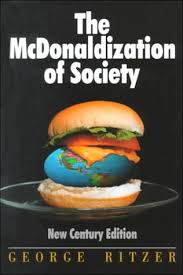 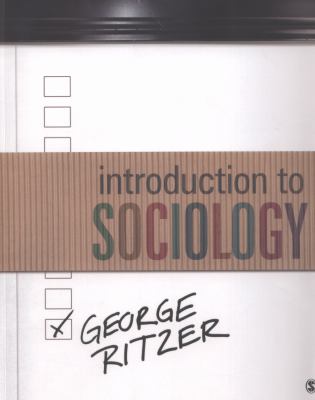 Is Billion Tree Tsunami a Solution To every Environmental Problem in Pakistan?