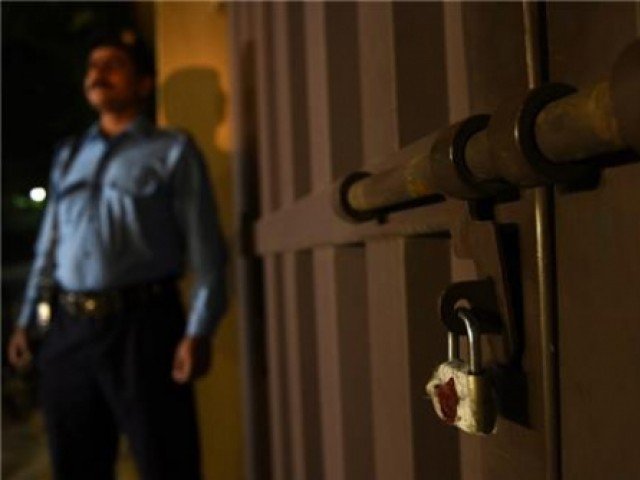 ‘Save the Children’ is an international NGO working in Pakistan since 1979, purportedly assisting children and families in the aftermath of emergencies such as floods.
Last week, the Government of Pakistan announced closure of the organisation,s offices all over the country for its activities against the State of Pakistan. This crackdown earned the Pakistan government a public rebuke from the US State Department in which it underlined the difficulties many foreigners face while working in Pakistan.

This made the link between NGOs and government bureaucracies quite obvious, this charity has a history of suspicious involvement in the Abbotabad incident in 2011, it had been involved in espionage for the CIA according to Pakistani intelligence agencies.

Recently, the decision to ban the charity has been revoked, or rather held in abeyance according to an official notification. A senior official of the Ministry of Interior announced,
“The organisation Save the Children can continue its work in Pakistan as it has been doing for decades until any further orders.

We are in process of regulating all INGOs and NGOs and all international organisations have been directed to follow the new laws or close their offices,” he said. This move signifies that the Government of Pakistan is under pressure to reverse the decision, notwithstanding the fact that Save the Children was interfering in Pakistan,s internal matters.

The spokesman of Save the Children has said that they are not officially aware of any communication regarding re-opening of their offices in Pakistan. Just days ago, the Interior Minister had announced that some charities had broken the law and would be shut down, he also said some international non-governmental organisations in Pakistan are being backed by the United States, Israel and India and are mostly involved in anti-state activities.

At least 24 charities are currently under investigation for working against the interests of Pakistan. Some NGOs were only registered for Islamabad but started operating in Balochistan and FATA without permission and spreading false news, while some are operating without even being registered.

The Interior ministry has refused to sign and extend agreements with nine INGOs after reports from intelligence agencies. The ministry had directed the management of the following INGOs to halt their operations in Pakistan :

Oxfam GB has stated that its registration is in process while Church World Service says that no notification to halt notifications has reached them so far.Meanwhile, a committee representing the ministries of interior, foreign affairs and EAD has rejected applications of nine INGOs to continue operations in Pakistan. This shows that the government has decided to check the hitherto unbridled activities of NGOs.

The Interior Minister has said that no compromise would be made on national interest, and that no pressure would be accepted in this regard, the government is formulating a policy to bring NGOs under a defined scope and charter.

Another NGO ‘Interfaith International’ was shut down two years ago for its anti-Pakistan activities. Just to illustrate what some NGOS do while in Pakistan lets see what was hidden behind the facade of inter-faith harmony. Founded in England and Switzerland in 1987, the focus of its activities were Sudan, Iraq, Sindh, Baluchistan, Gilgit Baltistan,Tibet and the Central Asian Republics. Its said purpose was to promote inter-faith harmony but was found spreading chaos with the intent to break up Pakistan.

Charles Graves was General Secretary of the organisation, instead of inter-faith harmony it furthered agenda to exploit Pakistan, s sectarian and ethnic fault-lines or raise noise about ‘missing persons.’

This NGO attempted to start sectarian riots in Gilgit Baltistan so that army be stationed there and direct clashes with it be made possible. It was also part of its agenda to try and free Baluchistan and make it an independent country.

Another one of its efforts was to try and call Azad Kashmir as Occupied Kashmir and try prepare a cover-up for the Kashmir movement in India, the plan was to confuse issues so much that de-militarisation of Kashmir become inevitable.

Another instance is that of Black Water which became active during the massive earthquake in northern Pakistan. A construction company used Blackwater experts and helped US agencies in mapping the terrain in Kashmir while masquerading as a charity organization collaborating with the Pakistani diaspora.

Recently an NGO Justice Project Pakistan wanted the death penalty abolished in Pakistan with backing from Reprieve, a UK based organisation. It took up the case of a paedophile and murderer, Shafqat Hussain who was 23 years of age when he committed the offence but this NGO tried to prove he was a juvenile when sentenced by circulating his childhood photo and a fake birth certificate.

Recently, the INGO Reprieve got Shafqat,s hanging stopped one more time, one wonders why they have no feelings for the 7 year old boy Shafqat molested and murdered.
The moratorium on the death penalty cannot be restored, executions are taking place according to the National Action Plan which was devised on an emergency footing to fight the wave of terrorism.

No foreign NGO has the right to interfere with Pakistan,s laws and regulations.
Today it is the death penalty, tomorrow their demand could be that we give up our nuclear assets.

NGOs are long arms of their sponsor states, their modus operandi is to gather intelligence and promote their own interest. In the UK, Save the Children has quite a reputation for its political stunts and posturing aimed at getting publicity instead of directly helping people, however it maintains a presence in 120 countries.

In the last decade there has been a sudden surge of British NGOs involvement in Pakistan.
In Pakistan, 87% of the NGOs are involved in the education sector and are mostly attacking Pakistan’s ideology, cultural base and Islamic values.

Some media groups also try to create mass hysteria at the behest of international NGOs playing a contradictory role in the politics of the host country. These NGOs will almost always criticize dictatorships and human rights violations, while at the same time trying to hijack popular radical movements.

NGOs love to patronise dissident intellectuals pursuing the issue of human rights violations and organize “survival strategies” for victims. They will never denounce the role and complicity of western powers in hanging of political leaders in Bangladesh or events in Ukraine but will be very vocal in advocating the case of people like Dr. Shakeel Afridi guilty of espionage in Pakistan.

These NGOs also promote downwardly mobile intellectuals willing to work on their agenda or media groups willing to attack state institutions. It is a very dangerous game these organizations actually play, they are prone to outline survival strategies, not changing a corrupt or inefficient system.  They also push forward Western values that provoke a cultural clash and attract liberals willing to get involved in seditious activities.

According to the Red Cross more money goes through NGOs than through World Bank, they provide unlimited funds, this turns them into an alternative government imposing its values and ideologies on the host country. Dr. Sam Vaknin says that in critical and politically sensitive regions of the world, multiple NGOs are receiving over 3-5 billion US dollars in funding from international financial institutions, Euro-US-Japanese governmental agencies and local governments for various projects.

With such amounts of money at their disposal, international non government organisations could have erased illiteracy and poverty from the world if they wanted.

India has recently banned 69 NGOs from receiving foreign funds, 30 of them work for welfare of minorities. Registrations of 4,138 associations were also cancelled. Pakistan also needs to root out NGOs involved in suspicious activities at the earliest.

All this makes one wonder if INGOs have proved to be angels of mercy or a sinister presence. Isnt it rather un-ethical of international non government organisations to use humanitarian aid as a ruse to get into a country and exploit its weaknesses for whoever controls them?

It is truly despicable what is being done in the name of serving humanity by some foreign and local charities, it just vitiates the good work done by genuine NGOs.

The government should go ahead with the ban on Save the Children, succumbing to pressure from abroad only compromises Pakistan,s security and sovereignty.
One fails to understand why Save the Children was not asked to wind up operations when its shady activities were exposed in 2011, its involvement in such an episode warranted its immediate expulsion.

This ban on the organisation is already years late, revoking the ban will only show up the government as unwilling and insincere to tackle the menace of these foreign NGOs.

Vladimir Putin said “NGOs are formally independent but they are purposefully financed and therefore under control”, at the 43rd Munich Conference on Security Policy in 2007.

Note: Al-Rasub is not responsible for Writer peronsonal Opinion, Facts and Figures.

One Response to “INGOs : Enemies in Disguise”