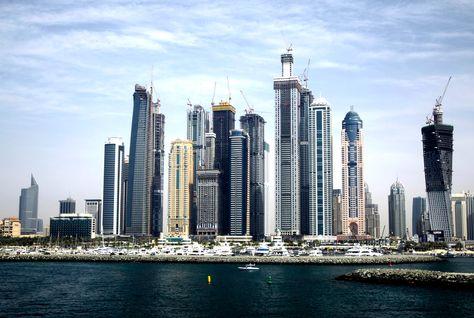 Dubai: Foreign investors injected more than Dh22 billion in the real estate sector in Dubai, with Indian, Pakistani, and British buyers dominating the market, government data for the first half of 2012 showed.

Dubai’s Land Department, which issued its half-yearly report on Tuesday, says that the funds were used to buy 12,875 properties, including buildings, lands, apartments, and residential villas during the first half of 2012.

Indians purchased 2,153 properties at a value of Dh3.75 billion, followed by Pakistanis who bought 1,814 properties valued at Dh1.713 billion.

“The real estate sector performance is moving from strength to strength over the past two years. The market has been attracting more foreign investors, which reflects a solid national economy and its excellent growth potential,” Majida Ali Rashid, chairwoman of the Real Estate Investment Promotion and Management Centre, said.

She added that the increased investor confidence in Dubai properties and the growth in deals, both in terms of quality and quantity, are positive indicators for further growth.

Mohannad Al Wadiya, managing director of Harbor Real Estate, said that the real estate market in Dubai has shown high levels of flexibility in meeting investor requirements and trends during the first half of 2012, specially the new investors looking to benefit from the market’s price correction in the past two years.

“Moreover, these results should be considered a wake-up call for developers to finish their projects — and would encourage investors to get back into the market by creating a positive vibe,” he said.

This will also ensure openness and transparency in the market going forward, he added.

Majida said that foreign investors’ purchases in freehold projects in Dubai are still dominated by Indians who have consistently claimed the first spot since foreign ownership regulations were implemented.

According to the report, Saudi investors came in sixth after buying 416 units in the first half of the year at a value of Dh1,059 billion, followed by Americans with 415 properties valued at Dh694 million. Canadians came in eighth as they bought 329 properties worth Dh754 million.

Sultan Al Akraf, senior director of the real estate registration services at the department, said that the figures reflect an ongoing upside trend and a positive growth in the real estate market performance in the emirate.

Al Akraf added that the total value of real estate transactions has exceeded Dh63 billion during the first half of the current year, representing a 21 per cent growth over the same period in 2011.

According to the department’s figures, the biggest investment was in plots through sales accounting for 14,652 transactions worth Dh30.8 billion.