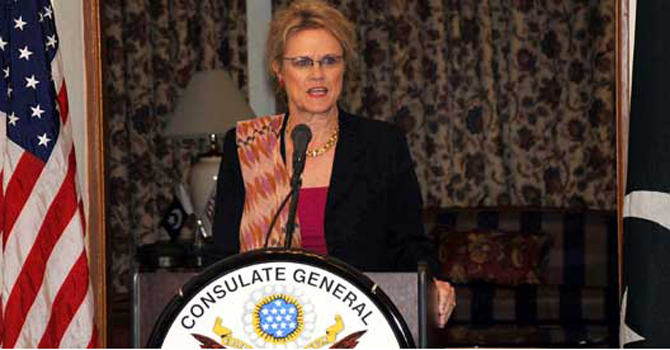 In his memoirs ‘Diplomatic Channels’, Kris Srinivasan, 17 years after he demitted office as Indian foreign secretary, reveals that India’s external intelligence agency, RAW, snooped on a telephone conversation between a reputedly pro-Pakistan US Assistant Secretary of State for South Asia, Robin Raphel, and then US ambassador in Islamabad, which confirmed that the US would not back a draft resolution against India on Kashmir moved by Pakistan at the United Nations, and therefore it would fail to proceed any further, reported Times of India on Monday.

The book, to be launched in London soon, recounts that Pakistan had provisionally introduced the resolution at the UN general assembly’s first committee in September 1994. To counter this, the Indian Ministry of External Affairs, led by Srinivasan, approached then Prime Minister PV Narasimha Rao to instigate the release of Kashmiri leaders, initiate the process of elections in Jammu & Kashmir, and pave the way for a return of Red Cross to the state.

Thereafter, meeting his counterpart in the US administration Peter Tarnoff, Srinivasan argued “a negative vote against India at the UN would only stimulate militant activity and render futile the democratic steps the Indian government was trying to take”.

India soon came to know of the frustration of Raphel — “which we came to hear from a phone intercept,” says Srinivasan. She informed her colleague, the US ambassador, that she had pressed for an affirmative vote for the Pakistan resolution, but had been blocked by the “higher-ups”. RAW successfully tapped Raphel’s call, despite this being from Washington to Islamabad, and apparently forwarded a tape and transcript to Srinivasan.

Interestingly, as a decoy, India had moved a draft resolution in the UN first committee on the desirability of complete elimination of nuclear weapons — based on various previous public pronouncements by the US, Russia and China — within a fixed time-frame, which had, in fact, found co-sponsors. This alarmed the Americans, who were pressing for a resolution favouring a Comprehensive Test Ban Treaty. They promptly despatched a senior arms control expert to Delhi to ask India to desist. South Block withdrew the draft, conveying to Washington that it would reciprocally expect the same attitude when it came to India’s concerns. The world’s superpower, it would appear, was check-mated.

Earlier in 1994, Pakistan had provisionally moved a resolution against India on Kashmir at the UN Commission for Human Rights. This, too, had to be withdrawn after strenuous lobbying by the MEA, for which Atal Bihari Vajpayee and Salman Khurshid earned plaudits.