India to hold crucial talks on Afghanistan during Obama’s visit 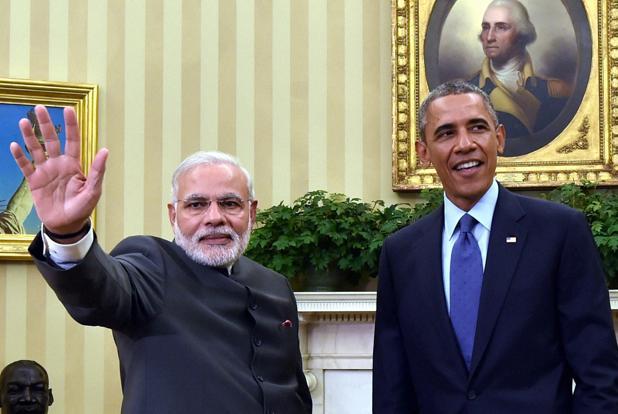 According to the local media reports, the Indian Prime Minister Narendra Modi will hold talks on various issues with President Obama, including the possible rise of ISIS, the Al-Qaeda adn also the sudden surge in activity by Pakistan.

Sources have told One India newspaper Afghanistan will be a very vital issue during the talks between the two leaders.

The report further added that the issue of Taliban Supreme Leader Mullah Mohammad Omar who is kept in a safe house by Pakistan is also in the agenda as the Prime Minister’s think tank is gearing itself up to discuss a host of issues.

Other issues included in the agenda are heightened Pakistan activity in Afghanistan as India has seen Pakistan increasing funding and providing weapons and also aiding the Taliban with strategic planning.

Enhancing trade relations specifically in energy sector and natural resources of Afghanistan, training the Afghan police and cooperation to curb drug trafficking would also be discussed, according to the paper.

Obama is expected to arrive in India on January 25 and will be the chief guest at the Republic Day celebrations on January 26.