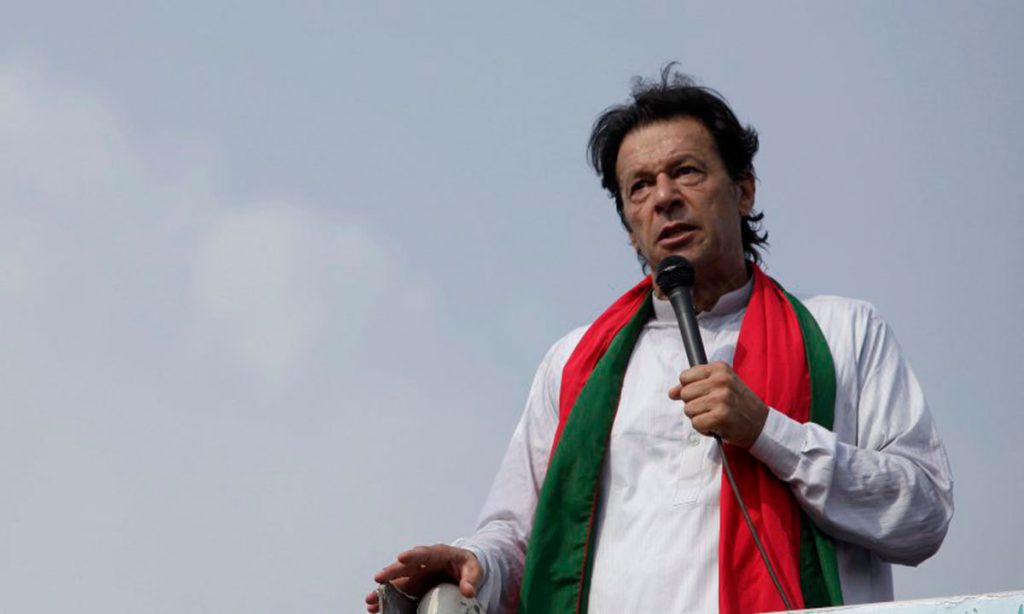 Fatima Bhutto: Imran Khan is only a player in the circus run by Pakistan’s military

As the nation elects its next leader, it is a tragedy that such hopeful people are offered this glut of shoddy candidates In the run-up to Wednesday’s elections in Pakistan, hard-pressed attempts at democracy seem to have given way to a full-fledged circus.  We have powerful, all-knowing ringmasters, caged lions, knife-throwers, trapeze artists flying from perch to perch, even cruelty to animals is included. Ours is a circus which looks to be performing its last show before it shuts down – evidenced most clearly by its last act, the clown. The political record of the former cricket star Imran Khan, who is thought to be near to victory due to the backing of Pakistan’s powerful military establishment, has long been one of opportunism and obeisance. 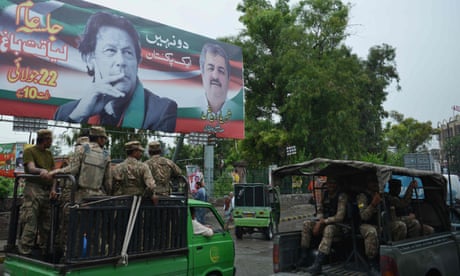 In 2006, he voted against the women’s protection bill, an amendment to the grotesque Hudood Ordinances, which jail a woman for the crime of pre-marital sex or adultery. As a consequence, allegations of rape are nearly impossible to prove unless the victim can call upon four upstanding men who witnessed the exact moment of rape. Without those witnesses, it was often the victim, not the rapist, who found herself behind bars. The 2006 amendment only did away with the requirement of witnesses; which would have allowed a woman who said she had been raped to be taken at her word and given the right to file a police case and have a rape test administered in a hospital. Khan voted no. He has defended Pakistan’s blasphemy laws, has called for the military’s gargantuan share of the national budget to remain untouched, declared that feminism degrades motherhood, attracted an army of online trolls who send death threats to his critics, and most recently welcomed the support of Fazlur Rehman Khalil, who reportedly founded the militant organisation Harkatul Mujahideen, was reportedly an associate of Osama bin Laden and remains on a US terror watch list.

Khan’s morally flexible manifesto is sadly not unique. The Pakistan Tehreek-e-Insaf (PTI) is billed as an anticorruption party, yet it has welcomed droves of allegedly corrupt people from the Pakistan People’s Party, an Olympic-level bunch of looters and thieves, and the Pakistan Muslim League-Nawaz (PML-N), who have long flatlined the aspirations of their people. The Ahle Sunnat Wa Jammat is a sectarian hate group that calls for the murder of Shia Muslims. Not only have they been openly participating in the elections, they have also endorsed candidates belonging to all the major parties –no one has refused their support.

The few young independents or dynamic voices that exist in this overwhelming arena of the bad and the ugly are continually hounded and menaced for their lonely acts of bravery. It is Pakistan’s supreme tragedy that such a young, hopeful, promising people are offered this glut of shoddy candidates.fatima bhutto twitter expressed her feelings about Imran khan.