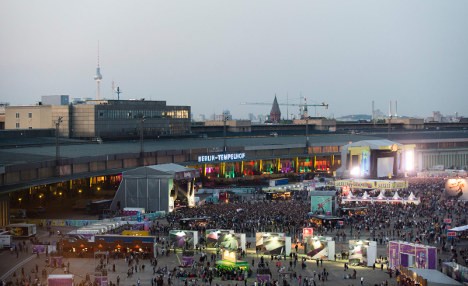 The airport used to deliver supplies to West Berliners during the Cold War will be transformed into a refugee shelter this week, Berlin state government announced on Sunday.

As the former airport winds down after last weekend’s Lollapalooza festival, 800 refugees are set to move into one of the former hangars.

A heated airdome will be erected inside the hangar, and portable toilets installed for last weekend’s festival will remain in place for asylum seekers to use, Müller explained… see more