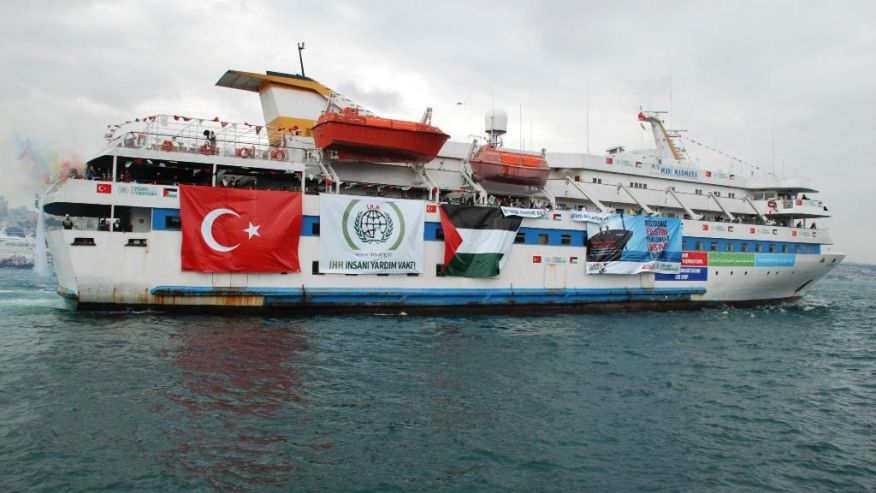 Israeli forces may have committed war crimes when they stormed an aid flotilla boat heading to Gaza in 2010, the International Criminal Court’s prosecutor said Thursday — but she said the possible crimes are not grave enough for prosecution at the ICC.

Eight Turks and one Turkish-American were killed and several other pro-Palestinian activists were wounded when Israeli commandos stormed the ship Mavi Marmara on May 31, 2010.

“Following a thorough legal and factual analysis of the information available, I have concluded that there is a reasonable basis to believe that war crimes under the jurisdiction of the International Criminal Court were committed on one of the vessels, the Mavi Marmara, when Israeli Defense Forces intercepted the ‘Gaza Freedom Flotilla’ on 31 May 2010,” ICC Prosecutor Fatou Bensouda said in a statement.

But Bensouda said that any cases relating to the storming “would not be of sufficient gravity to justify further action by the ICC.”

“Without in any way minimizing the impact of the alleged crimes on the victims and their families, I have to be guided by the Rome Statute, in accordance with which, the ICC shall prioritize war crimes committed on a large scale or pursuant to a plan or policy,” Bensouda said, referring to the court’s founding document.

In a written statement, Israel’s Foreign Ministry welcomed the decision to close the preliminary probe into a case it called “legally unfounded and politically motivated.”

It added that the investigation, formally known as a preliminary examination, had been closed without the prosecutor “seeing a need to address the issue of resort to self-defense by IDF (Israeli Defense Forces) soldiers who were confronted, as mentioned in the report, by violence” from activists on the flotilla.

Bensouda opened a preliminary investigation last year after the tiny African state of Comoros — a member of the court — filed a complaint about the boarding of the ship, which was flying under a Comoros flag.

A Turkish lawyer representing Comoros vowed not to give up the case.

“This is a moral struggle that we’re pursuing by ourselves. It’s a legal struggle, a struggle in the name of humanity. This struggle isn’t over,” attorney Ramazan Ariturk told reporters in Istanbul. “We will object to a higher court at the International Criminal Court and we believe without a doubt that we will prevail.”… see more