How Much Money Do Celebrities Make From Instagram Ads?

by Newsmaster
in Business, Technology
0

It’s no secret celebrities are rich, but it’s surprising how much money some stars make through Instagram. Celebrities are influential, and fans may be more likely to buy a product if it’s publicly endorsed by someone like Beyoncé or Selena Gomez. These endorsements are advertisements, which result in a hefty paycheck deposited into the celebrity’s bank account.

Instagram advertisements create an easier way for brands to attract current and future consumers by utilizing popular celebrity talents. Instagram has over 1 million monthly advertisers, with the vast majority being small to medium-sized businesses. Instagram has higher audience engagement compared with other social media websites, according to internet marketing company Yotpo; smaller businesses like Flat Tummy Tea, Cocowhite and Bootea have used Instagram celebrity endorsements to help them grow.

The price paid out per celebrity differs because “that number will vary based on the celebrity’s popularity,” according to Pedone.

The Kardashian-Jenner clan are among the highest paid stars on Instagram as they’ve promoted brands like Sugarbearhair — among others. 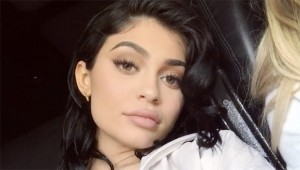 Selena Gomez rakes in the most cash for her endorsement efforts at roughly $550,000 a post. The Instagram queen boasts 125 million followers to her name, which makes her a hot commodity with top retailers. 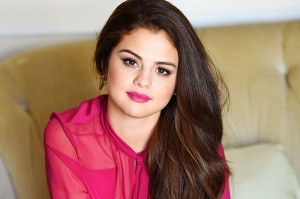 Gomez is a vocal spokesperson for Pantene, but she also became the newest brand ambassador for Coach in December 2016. The Disney alum’s partnership with Coach has given her the creative license to cultivate her own designs for the high-end retailer. Coach’s stock went up after the partnership with Gomez was solidified, Business Insider reported. Gomez’s reportedly inked $10 million for her Coach partnership, according to The Hollywood Reporter.

But influencers don’t have to be an A-list or even B-list celebrity to make money through Instagram. Dubai-based beauty YouTuber Huda Kattan is the highest-paid social influencer at $18,000 per Instagram post, according to Hopper HQ. Kattan has partnered with brands like Tweezerman to enhance her income. Other social media influencers to make the cut include Cameron Dallas at $17,000 per post, Zoella at $14,000 per post and Nash Grier reeling in $13,000 per post.

Lovato wrote in an April advertised post: “@teamiblends has #sponsored my 30-day detox challenge to help get rid of toxins and my bloating for summer. I’m on Day 7 right now & it’s so easy! I just drink their tea every single day in my favorite purple tumbler.” 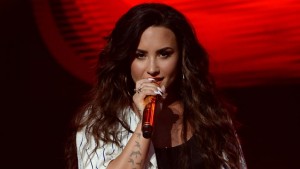 Brand ambassadors, like Lovato, are chosen by Teami Blends for their aspirationally healthy lifestyles. The “Confident” singer actively shares posts of her workout regimen, body positive messages and partnership with Fabletics, which is a Kate Hudson brand.

“We choose ambassadors because of the lifestyles they live. We promote health and happiness, and we choose those who live by that as well,” Teami Blends told IBT. “Our influencers truly use and love our products, because they are all natural, and serve to help ailments that we all experience.”

The company’s primary goal with celebrity collaborations “is the informative exposure of our brand.” The tea brand recognizes that it “can attribute a large percentage of our business to our ambassador marketing.”

Instagram advertisements are supposed to be tagged properly by the celebrity or social influencer. In the past, several celebrities reportedly failed to adequately tag posts with the identifier, including Rihanna.

“On Instagram, disguised ads are rampant; deceived consumers often believe celebrities are making genuine, self-directed and enthusiastic endorsements of brands,” Public Citizen’s website reads. “They don’t realize that those celebrities are paid and may not even use the touted brand. These ads are often targeted at kids and teenagers, and there is clear evidence that this is an especially vulnerable group to advertising disguised as content.”

Instagram has worked towards making it easier for consumers to identify advertisements on celebrity and social influencers accounts. Post identifiers marked with “#ad”,  “paid partnership with” or “sponsored” are being enforced by the social app. These identifiers are being encouraged by the social app to enforce transparency in the Instagram community, which will make it easier for millennial consumers in particular to distinguish advertisements from regular posts.

“It’s the relationships people form on Instagram that foster the community and make it so unique, including partnerships between community creators and businesses,” an Instagram spokesperson told IBT. “To keep this community healthy and transparent, we want to be open and consistent about paid partnerships.”

Based on the sizable amount of money in play, it’s more evident than ever that it pays to be famous. .. see more