How is the ‘WEALTH’ in Qatar balancing the ‘HEALTH’ of controversial ‘FIFA 2022’? 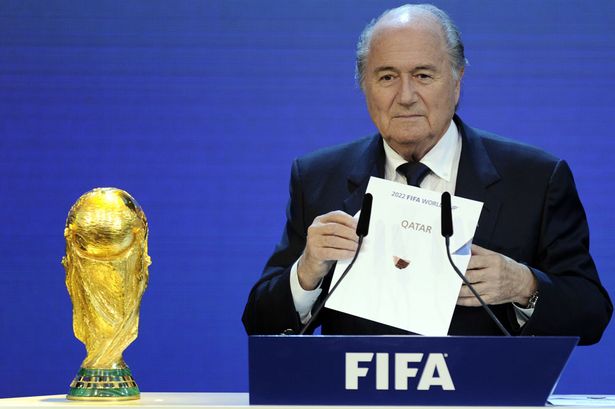 The world can’t stop raving about the FIFA 2022 that is to be held in the prosperous city of Qatar. Any celebrity or grand event is usually surrounded by scandals and controversies but FIFA 2022 has crossed the margins here as well. From issues related to high temperatures to safety of the workers and ending on some ‘bribery dominant’ scandals; FIFA 2022 has seen it all. Qatar is filthy rich and the world is witnessing how the Gulf nation is trying its level best to be a good host; despite the fact that the much hyped flora and fauna is not that palatable.

It is a straight and hard fact that the wealth in Qatar is actually very well balancing the health of the hyped Qatar’s upcoming sports mega event.

Here is how that’s happening:

Qatari economy mushroomed after a good number of years. At the time when the economy of this very Gulf nation was blooming, all the other nations including Saudi Arabia, UAE and Bahrain were passing through golden times. However, in the year 1990, the country began to grow and exploited the North Field, which is considered to be one of the abundant oil fields in the Gulf. The wealth of Qatar has been very well utilized in making this grand sports event a burning success. The stadiums, the facilities and the ambience are all symbolic of what and how much Qatar has in its treasure.

According to a recent development, FIFA World Cup 2022 has been re-scheduled in the month of November. The temperatures during the summer crosses brutal 50 degrees and this can be life-taking as well. Realizing the very fact, the government and the FIFA community has decided to make the event happen in winters. This is a huge change and with changing weather, the demands of the visitors will also change. Thanks to the wealth in Qatar, the government will be able to tackle the last-minute changes and sudden demands of the onlookers and visitors (if any).

The grand sports event is likely to change the fate of Qatar; especially of the host city, which is Doha. A whopping $12.5 billion (QR45.52 billion) is expected to be incurred in order to create adequate housing stocks in Qatar. This will be focused to cater to the growing population ahead of 2022 FIFA World Cup. There are certain projects that are being signed as a mutual collaboration between Qatar and Japan and thus, there is huge money involved. Apart from this, there are also worthy projects that will give rise to educational institutions and commercial zones for building a major country brand value.

Gulf is extensively focusing towards bringing in economic diversification to a 100 per cent. The private sector and its successful operation is one of the ripe fruits that the Gulf is enjoying. The contribution of the private sector in the overall preparation is more than expected. Apart from contributing in the GDP of Qatar, these private firms will also introduce high-paying jobs and will also help in bringing in foreign investments for making this event, a grand success.

Qatar is continuing with its makeover at breakneck speed; however, it is also facing a tricky challenge to strike a balance between the FIFA scandals and making this a grand success on the global platform. The brand value of the country is also at stake and thus a lot of foreign collaborations and wealth is actually incurred in to put some life in the health of the event.