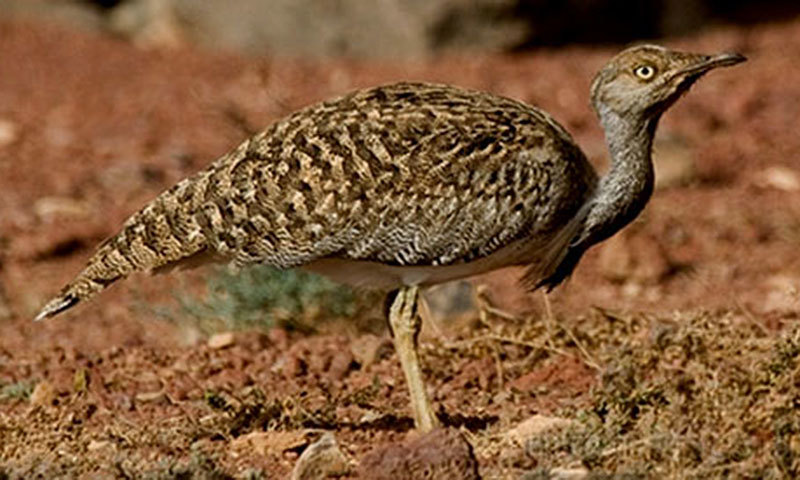 Houbara Bustard is the national bird of UAE and real pride for the Middle East wildlife.

A striking bird resembling a turkey in shape, the Houbara Bustard is at its most magnificent during the courtship display. It is a slender bird, with a tuft of hairs in the center of the crown, and long plumes of feathers drooping over the neck, the uppermost feathers being black while the lower ones are white with black tip.

The body is pale sandy-buff in color, with darker brown lines and mottling, while the underside is white. Large areas of black and brown occur on the flight feathers and the long, square tail is sandy-chestnut and patterned with four distinct blue-black bars. Male Houbara Bustards are slightly larger than females. 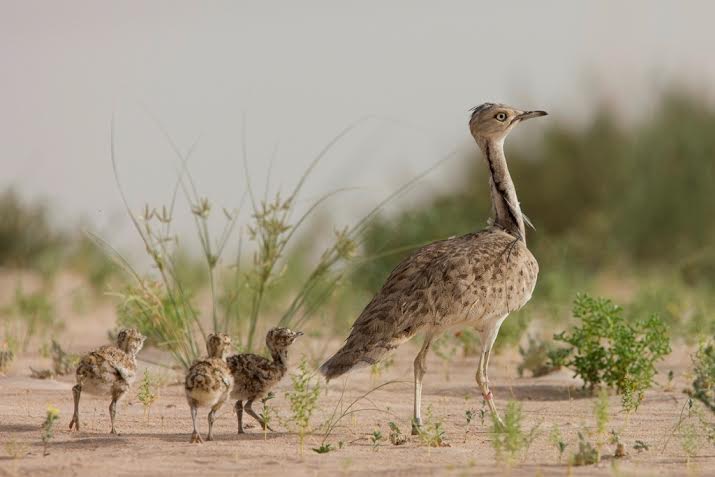 A largely solitary bird, the Houbara bustard feeds alone or in small groups on beetles, ants, plants, and even small lizards. Showing remarkable adaptation to its arid habitat, the Houbara bustard does not need to drink, and instead receives all the water it requires from its food. It will walk kilometers while searching for food but rarely takes to the skies in flight.

In the breeding season, males and females meet only to choose a mate and to breed. Courtship takes place between December and March.

There are three subspecies of Houbara bustard:  is found in the deserts of Russia and the Middle East, including the Arabian Peninsula also found in North Africa and found in the eastern Canary Islands.
They differ slightly in their size and coloration but are not consistent in their migratory tendencies. North African and Middle Eastern birds are resident or partially migratory, moving short distances to find fresh vegetation, whereas other Asian populations are fully migratory. 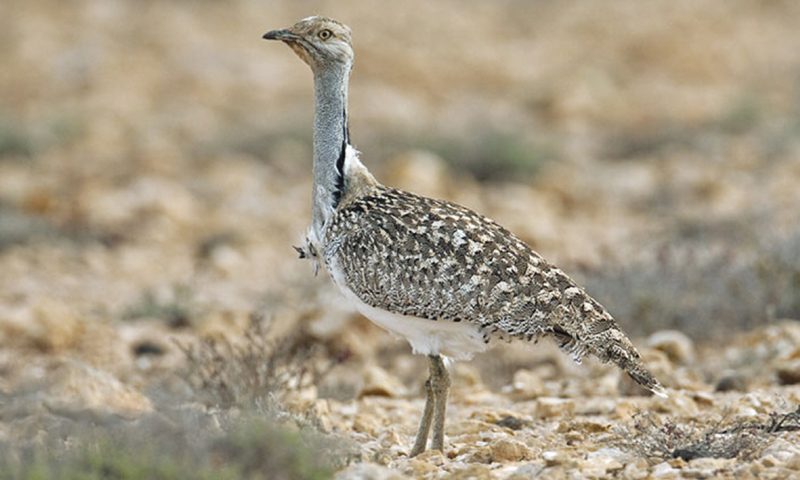 The traditional practice of hunting for Houbara bustards by Middle Eastern falconers has reduced populations significantly, mainly on the wintering grounds. This over-hunting has been compounded by habitat loss and degradation.

The species has been particularly affected by habitat degradation as a result of tourist activities and associated development, as well as by military exercises, over-grazing, sand-extraction, and road-development. Further threats include collisions with power lines and nest-predation by introduced mammals. 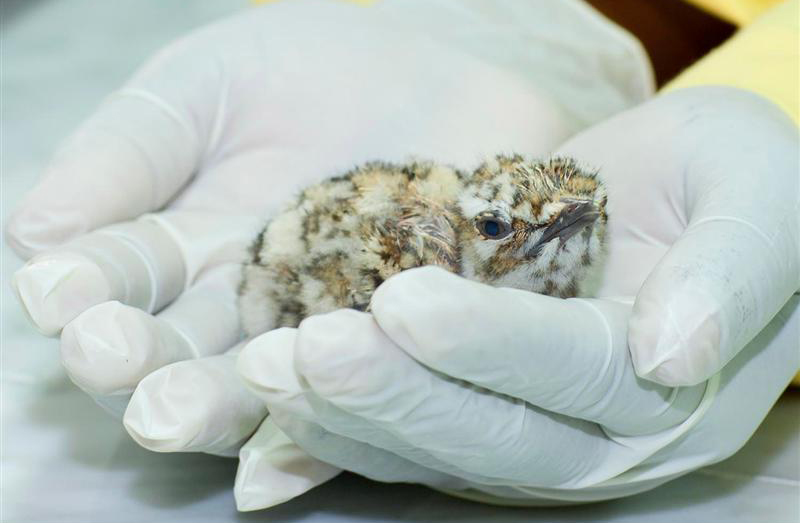 The bustard has benefited from improved protection from poaching and improved habitat management within protected areas. It has been the subject of several studies into its status, ecology, and migration routes. It has also been involved in captive breeding programs for restocking areas where it is heavily hunted.

In 2005, an International Action Plan for the Houbara undulate was published, outlining a plan which aims to restore, stabilize or increase the population of Houbara bustard in North Africa within five years.