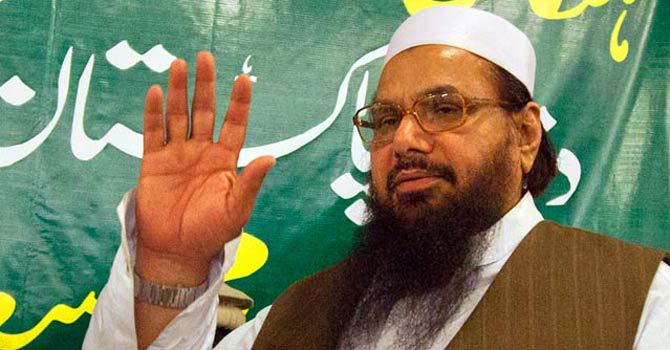 Jamaatud Dawa chief Hafiz Saeed on Tuesday said the government should take steps to resolve the issues confronting Balochistan on an emergency basis.

Speaking to media representatives after meeting with Jamhoori Watan Party (JWP) chief Talal Akbar Bugti in Lahore, the JuD chief said the government no longer had the room to further delay on addressing the issues.

During the meeting, the two discussed Balochistan’s security situation as well as the country’s political situation.

Saeed told reporters that the government should take immediate steps to resolve the issues confronting Balochistan, adding that difficulties would increase in case the province’s issues remain unsolved.

Saeed further said that Balochistan should not be made to undergo a military operation.

He moreover questioned as to who would put a stop to “Indian interference” in the province.

The JuD chief added that his party would host an all parties’ conference on Balochistan.

On the occasion, Bugti said he would not support any artificially installed leadership in Balochistan, adding that an all parties’ conference would soon be called to discuss the province’s issues. – dawn.com