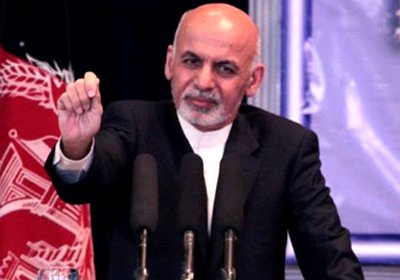 Addressing a gathering of civil society activists and Kabul municipality workers on Friday, President Ashraf Ghani said that the current conditions in the capital do not represent what the leading city of the country should.

Over 200 representatives of civil society institutions and officials from the Kabul Municipality held discussions for two hours on Friday in hopes of developing better city management and quality urban life in the city. In the meeting it was decided that Kabul would have an elected mayor in two years.

“Kabul is on the edge of disaster and it is unacceptable to me,” Ghani said. “The roads are cracked and the ongoing situation can’t prevail.”

In addition, Ghani maintained that the current municipality law does not meet the needs of a 21st Century capital city.

“The municipality law is from the time of Amanullah Khan and it cannot respond to the necessities of today’s time.”

He emphasized that the future mayor should put the needs of the people first and foremost. “We don’t want an emperor, the mayor must serve the people.”

Environmental pollution, poor garbage and waste disposal, lack of public awareness are a few of the other major issues facing Kabul that the president spoke about with the civil society activists and municipality workers.