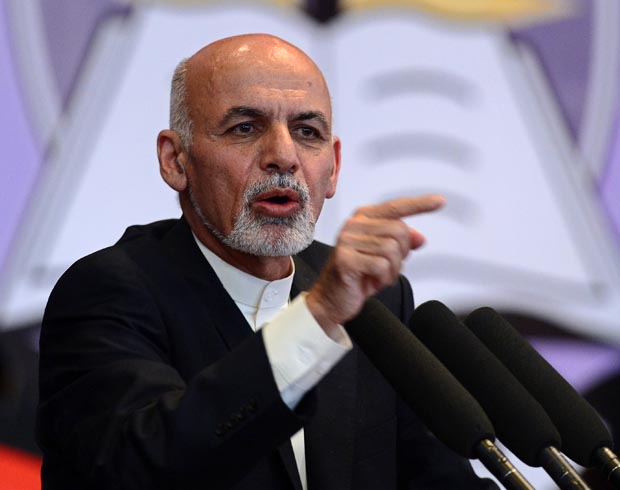 KABUL – A politician’s legacy sometimes is determined late in his term of service, when the public can look back at his accomplishments.
Yet in the case of Afghan President Ashraf Ghani, people are forming early impressions about what long-term changes he can bring to his war-torn country.

He has been in office for fewer than two months, but Afghans already are pointing to achievements that demonstrate his commitment to putting Afghanistan on the road to recovery.

Notable among them is his resolve to mete out fairer punishment of the culprits in the 2010 Kabul Bank fraud case. He also has impressed observers by pushing for an “inter-Afghan dialogue” as his administration tackles the militancy issue.
The fight against corruption

When Ghani was campaigning for office, he took a firm stand against corruption, saying it might not be eliminated right away but that the practice would be far less pervasive within five years.

The re-evaluation of the Kabul Bank case signifies a major fight against power lords and corruption, and it could be a benchmark test for the new government, parliamentarian Sayed Nadir Shah Bahr said.

“If President Ghani overcomes this case, it will have a positive impact on prevention of corruption and will be considered a big win,” he said. Kabul Bank was the biggest private bank in Afghanistan, but the disappearance of US $900m (52 billion AFN) precipitated its collapse in 2010.

Two former top officials, Sherkhan Farnood and Khalilullah Ferozi, were convicted and sentenced to five years in prison. But the light punishment – and the failure to prosecute more than a dozen other suspects – cast a shadow on the previous administration.

Ghani has ordered judicial institutions to complete the Kabul Bank case within one and a half months, Jawad Naji, spokesman for the Secretariat of Ministers’ Council, said.
Progress on the case

With Ghani’s administration turning up the heat today, a third of the missing money has been “found;” an appellate court has increased prison terms for Farnood and Ferozi; and Afghanistan is said to be searching for Abdul Qadir Fetrat, the former head of Da Afghanistan Bank, and others who reportedly fled the country or evaded arrest.

Police have arrested seven other suspects, Gen. Zahir Zahir, security chief of Kabul, said. Two are in foreign custody and will be extradited, he said.

The effort to wrap up the case is seen as vital for the Ghani administration in gaining more credibility.

“It is the desire of all Afghans that the criminals of the Kabul Bank case should be surrendered to the law,” Bahr said.

Ghani’s fight against corruption is notable and will benefit the country if he adheres to it, Mohammad Sarwar Osmani, another MP, said.
Push for peace

Meanwhile, Ghani continues to push to rein in the militancy and guide Afghanistan down a road of peace.

“We invite the political opposition, particularly the Taliban, to join an inter-Afghan dialogue and ask all our international partners to support an Afghan-led and Afghan owned peace process,” he said during the Heart of Asia/Istanbul Process conference late last month.

The early results are mixed, with small groups of militants across the country laying down their arms, even though attacks continue.

A Taliban group led by Muhammad Anwar is among those that surrendered recently. And nine Hizb-e-Islami members affiliated with Muhammad Hanif laid down their arms in Kunar Province last month.

Ghani, meanwhile, is continuing to drum up international support and co-operation in Afghanistan’s push for peace. He is in Islamabad for a two-day conference with Pakistani officials to discuss how the countries can work together to promote security in the tribal areas, where much of the militancy is based.