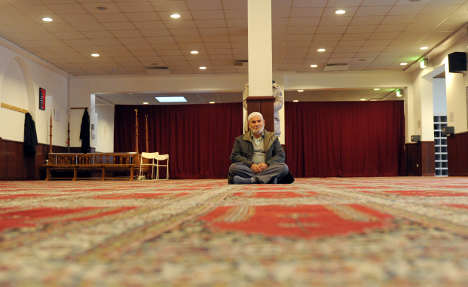 Hamburg has become the first German state to strike an historic agreement with Muslim community groups, but the deal has riled some members of the political establishment, who claim it undermines the separation of religion and state.
The agreement was struck between Hamburg city authorities and the council of Islamic communities (Schura), the Turkish-Islamic Union (Ditib), the association of Islamic cultural centres (VIKZ), as well as the city’s Alevi community. Hamburg Mayor Olaf Scholz was set to sign it on Tuesday, the Hamburger Abendblatt newspaper reported.

Religious instruction in schools and state recognition of Muslim holidays are among the cornerstones of the deal, which ties into existing agreements with Christian churches and Jewish communities.

In future, Muslim teachers will join Protestant pedagogues at the front of the classroom, the paper said. Moreover, Muslim holidays would be given equal status with other religious holidays, such as the Day of Prayer and Repentance celebrated by Christians.

The agreement, which was launched by the city’s former mayor Ole von Beust in 2007, also sees Muslim groups pledge to adhere to the core values set out in Germany’s constitution – including religious tolerance and gender equality.

Yet despite broad support for the deal in Hamburg’s legislative assembly, not all politicians have endorsed it.

Members of the pro-business Free Democrats have taken a critical view, with the party’s deputy in the assembly, Anna von Treuenfels, telling the Hamburger Abendblatt that such agreements “fundamentally contradict the liberal world view that calls for maximum possible separation of religion and churches and the state.”

She also warned that “imprecise” formulations in the agreement could open the city up to legal headaches – saying it does not expressly regulate the wearing of headscarves or other religious clothing, such as the burka, during school instruction.

Hamburg’s school board dismissed those concerns, however, saying decisions on such issues would be made on a case-by-case basis.

“As soon as clothing has a de-personalising effect, the line has been crossed and wearing it would not be allowed,” spokesman Peter Albrecht told Hamburger Abendblatt. “Wearing a burka during class in Hamburg is not permitted.”