Geo never learns somehow, even after all the brouhaha last year following the Hamid Mir debacle after which Geo TV channels were almost banned for good in Pakistan on the grounds of treasonous and blasphemous content. Its project ‘Aman ki Asha’ also lost its credibility completely as the Indian angle became known.

Jang Group does not sit idle for long and has now offered itself for Indian investment in an ambitious ploy similar to the now dead Aman ki Asha, this time it plans to morph into a totally new media group. The new group would not be suspected of spreading propaganda for a while, and it would be completely owned by Indians.

The Jang/GEO group has approached an Indian investment company Edelwiess to finance a project named ‘Life’, Jang group has demanded $50 million to get the project going. Jang Group’s preference of all things Indian is truly mystifying, even after its Indian connections were criticised throughout the country, it continues to provide a foothold in Pakistani media to India. 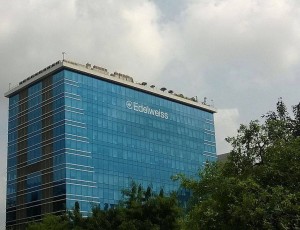 Edelweiss Financial Services Ltd. is a financial services company based in Mumbai with presence in 19 Indian cities. On the project feasibility report from Edelweiss is written ‘Largest Media Group’ established in Pakistan since 1939, Life is being projected as the best media conglomerate investment in decades.

‘Life’ is a much more ambitious project than Geo ever was, Geo revenues doubled from $23mm in 2012 to $43m in 2014, Life Company targets $330 mm in revenues by 2020. Jang Group, as a whole, is Pakistan,s largest media conglomerate with combined revenue of $125mm and a dominant media presence across all segments of media. 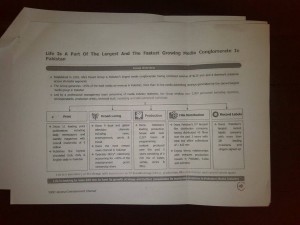 It generates 25% of total media ad revenue which is 3 times more than the 2nd largest media group in Pakistan. Jang Group owns 11 leading print publications, 9 local and global channels with Geo being the most viewed, it operates GECs amounting to 40% of the entertainment genre viewership, it has Pakistan’s largest production house, Pakistan’s 2nd largest film distribution company and the largest record labels company.

The new Life subsidiary is looking to generate much more revenue, it is going to be much larger than Jang group itself and be mainly owned by Indians if Mir Shakil u Rehman’s dream materializes. Life aims to have 40% of total viewership, 36% of ad revenue shares for entertainment channels and 45% of total entertainment genre ad revenue. Life plans to set up a world-class production studio and also set up 90 film screens by 2019. 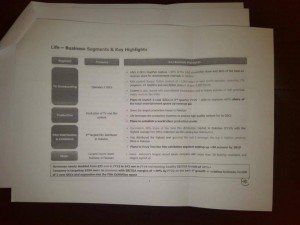 One can only imagine what would happen in Pakistan with so much Indian content foisted on its citizens, a total cultural and social dis-orientation would be just the least of the problems.
US investors have completely stopped investing in GEO after it lost its credibility, now the Indians are being invited directly to invest in Jang Group.

Ever since it was launched, Jang Group’s Geo is a propaganda tool to spread rumours, highlight India and downplay anything of credit to Pakistan. And worst of all, it was used to create scandals and target Pakistan armed forces and ISI. Geo also became a platform for the terrorist TTP, which recieved generous airtime.

Concerned authorities should take notice of this latest venture by Jang Group to ‘Indianise’ television and cinema completely in Pakistan. Local Pakistani cinema needs space to grow, while Pakistani dramas are much more superior than Indian soaps which are replete with cheap and vulgar content.

Indian media/soaps/movies show woman as a sexual object, they have some very unhealthy concepts inciting rape. Pakistani culture is much cleaner than Indian culture any day, most of the Indian flicks are not fit for family viewing as there is a lot of nudity and objectionable language.

The worst of it all is that in the past, people like Sonia Gandhi dreamt of an Indian ‘cultural invasion’ of Pakistan. The Indians have this twisted concept of corrupting Pakistani society, changing its historical facts, downplaying its heroes and negating its religion.

It is high time that the government and PEMRA  makes sure there is nothing Indian about Pakistani media.

By: Sabena Siddiqi
Note: Al-Rasub is not responsible for writer personal opinion, facts and figures.