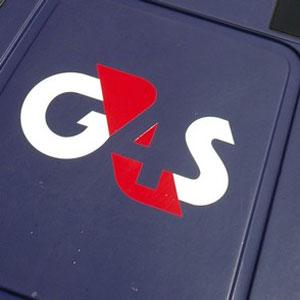 Private security company G4S has revealed it stands to lose up to £50m on its contract to supply security staff for the London 2012 Olympics – with CEO Nick Buckles even admitting he doesn’t know if the new guards can speak English.

When asked if the staff were even fluent in the hosting country’s language, Nick Buckles, chief executive of G4S, told BBC Radio 4: ‘That is a difficult question to answer.

‘They all have a right to work in the UK and have been vetted to very high standards.’ When the question was put to him again, he admitted: ‘I can’t say categorically.’
A later clarification suggested all security staff employed at the London 2012 Olympics would indeed be able to speak the language, as it is a condition of getting the required Security Industry Association licence.

Earlier this week, Home Secretary Theresa May announced that an extra 3,500 military personnel would be drafted in to support the security operation at the Games venues after G4S revealed it would not be able to supply the number of staff it had promised.

With the sporting bonanza set to get underway in less than two weeks, the company only has 4,000 people in place, despite it needing at least 10,400 to fulfil its obligations.

A further 9,000 staff are undergoing training and background checks, but G4S has admitted it will not be ready in time.

The company has now apologised for the situation and confirmed it would pay for the additional servicemen to work at the Games and, as a result, lose between £35million and £50million on the contract.

Nick Buckles, chief executive of the firm, said: ‘We are deeply disappointed that we have not been able to fully deliver against our contract with the London Organising Committee of the Olympic and Paralympic Games (Locog) and that it has been necessary to call upon the additional military personnel.’ He added: ‘In partnership with the military and Locog, we are working flat out around the clock to resolve the situation.

‘We are determined that together we will deliver a successful and secure Games.

‘I would like to thank the members of the current security workforce who are already on the ground securing many of the Olympic sites across the country.’

The additional soldiers allocated to Games security means more than 11,000 troops will be involved in the operation.

G4S – along with Locog, the Home Office and the Department for Culture Media and Sport – have already been summoned to appear before the Commons Public Accounts Committee to explain the mess.