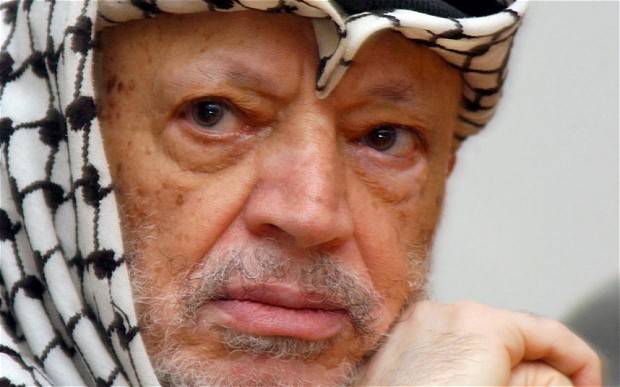 AFP – The Palestinians on Wednesday welcomed news that a delegation of French judges investigating suspicions that Yasser Arafat was poisoned was to travel to the West Bank.

“We welcome the visit of the French committee that was formed to look into the late president Arafat’s death,” said a statement from Tawfiq Tirawi, head of the Palestinian committee investigating the circumstances of the veteran leader’s death in November 2004.

His remarks came just hours after Arafat’s widow Suha said three investigative magistrates were making plans to travel to Ramallah following claims the late leader may have succumbed to poisoning by the radioactive substance polonium.

No date has been given for the trip which would involve forensic officers exhuming the body and taking samples for laboratory testing, she said in a statement released by her lawyer.

If the trip receives the go-ahead then “French scientific police could very soon take samples” from the body to further their investigations, she said.

Last month, French prosecutors opened a murder inquiry into Arafat’s death after the Al-Jazeera news channel broadcast an investigation in which Swiss experts said they found high levels of polonium on his personal effects.

Swiss radiology experts from Lausanne University Hospital have also said they will travel to Ramallah for a fact-finding mission to discuss the possibility of an exhumation.

No date has been set for their visit, but Tirawi said the Palestinians had received a letter from the laboratory indicating their experts would visit as soon as they received the formal go-ahead from Suha Arafat’s lawyer, Pierre-Olivier Sur.

“The Palestinian Authority received a letter from the Lausanne laboratory saying it was ready to send experts to Palestine to take samples from Yasser Arafat’s body and examine them,” Tirawi said.

The experts were expected to arrive after getting the green light from Sur, after which the team would “come and begin its work”

Arafat died in a French military hospital near Paris on November 11, 2004 and French experts were unable say what had killed him, with many Palestinians subscribing to the belief that he was poisoned by Israel.