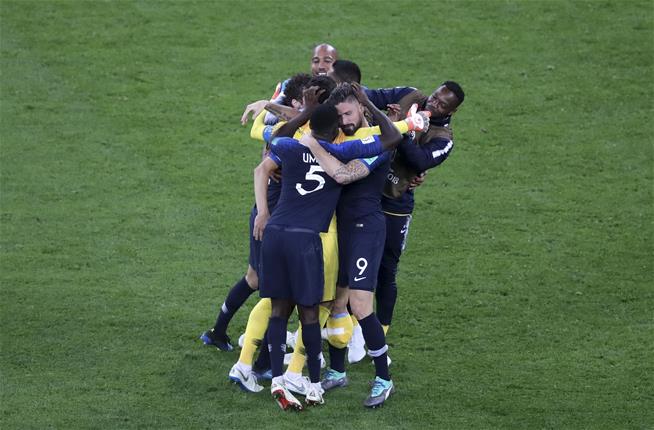 (NEWSER) – France has reached the World Cup final for the first time since 2006 with a 1-0 win over Belgium in a semifinal match that attracted presidents, royalty and a rock star, the AP reports. Samuel Umtiti’s header in the 51st minute was the only goal in a tense match at St. Petersburg. France, the 1998 champions and runners-up in ’06, will play either Croatia or England in Sunday’s final at Moscow. England and Croatia will meet Wednesday in Moscow in the second semifinal. France President Emmanuel Macron and King Philippe of Belgium shook hands in the VIP section before the match. Mick Jagger was also on the official list of guests…. see more