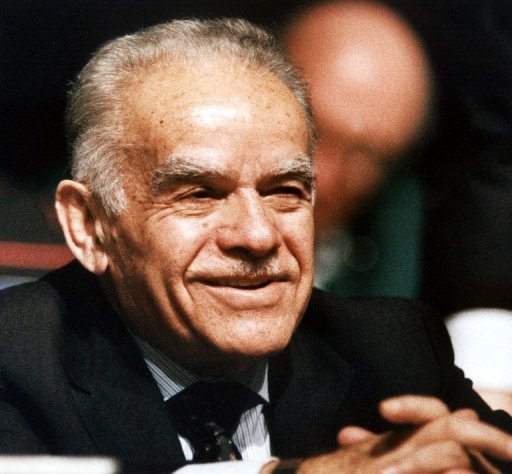 Former Israeli prime minister Yitzhak Shamir, who earned a reputation as an uncompromising opponent of Palestinian statehood, has died aged 96.

The former soldier, spy and statesman died at a nursing home in Herzliya after a long illness. In a statement announcing his death, Prime Minister Binyamin Netanyahu paid tribute to his “deep loyalty to Israel“.

He said: “He was a paragon of loyalty to the land of Israel and the eternal values of the Jewish people.

“Yitzhak Shamir belongs to a generation of giants, who founded the state of Israel and fought for the freedom of the Jewish people in its land. He led Israel with deep loyalty to both the people and the land.”

As head of the right-wing Likud party, Shamir was prime minister between 1983-84 and 1986-1992. He was known for his firm opposition to the idea of trading occupied land for peace with the Palestinians.

Born in Poland in 1915, Shamir moved to Palestine in 1935 after his mother and sisters were killed in the Holocaust.

He joined Lehi, a Jewish movement opposed to British mandatory authorities, and took over leadership after its founder was killed. Shamir was captured twice by British authorities but escaped from two detention camps and returned to resistance action.

After Israel was founded in 1948, Shamir joined the intelligence service Mossad before launching a political career. During his second term as prime minister, he ordered a military solution to the first Palestinian uprising against Israeli occupation in 1986.

He embraced the creation of a Greater Israel, encompassing all of the land between the Mediterranean and the Jordan river.

Despite his ideology, he reluctantly took Israel into negotiations with its Arab neighbours, which paved the way for the Israeli-Palestinian peace process under his successors.

Following his defeat in the 1992 elections, Shamir retired from politics. In 2001, he was given his nation’s highest civilian honour, the Israel Prize.