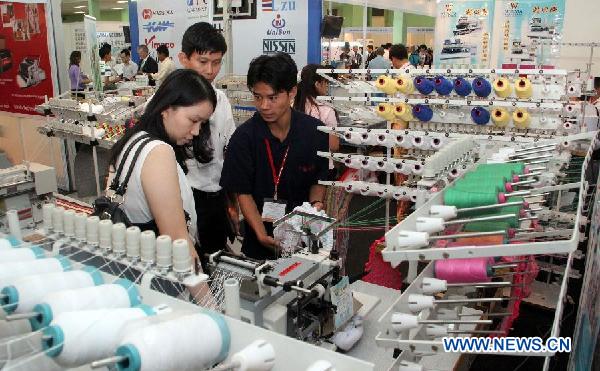 YANGON, Dec.14 (Xinhua) — The first-ever int’l textile, garment industry exhibition on Friday kicked off at Tatmadaw Hall in Yangon, attracting over 100 exhibitors from 17 countries to participate in.iming to help clinch deals between domestic and foreign enterprises.

There are over 100 garment factories running in the country of which more than 30 are foreign-invested ones, according to an official of MGMA.

Myanmar’s garment export amounted to 354.8 million U.S.dollars in the first eight months of 2012, up 13 percent compared with the same period of the previous year, according to the Central Statistical Organization.

Myanmar started to export garments in 1960 and the export was extended to Japan, Germany, South Korea and European countries in 2007.

On account of U.S.’s lifting of import ban on Myanmar goods, the country’s garment export is believed to be further extended to the U.S. and Europe.