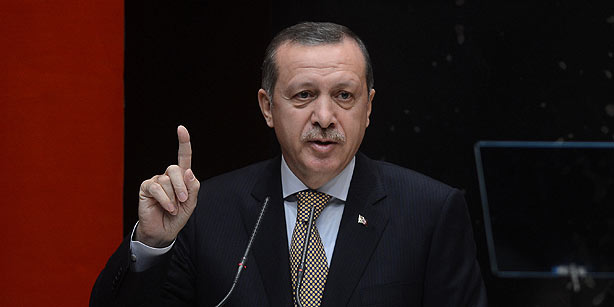 Turkish Prime Minister Recep Tayyip Erdo?an has warned against any provocations to harm his government’s initiative to solve the Kurdish issue, prior to the funeral ceremony of three Kurdish women shot to death in Paris, where a large crowd is expected to gather to protest the killings.

Speaking on Tuesday at the parliamentary group meeting of his ruling Justice and Development Party (AK Party), Erdo?an pledged to continue efforts to end the Kurdish conflict despite attempts to sabotage his government’s initiative, referring to the killings.

The three women — Sakine Cans?z, Fidan Do?an and Leyla Söylemez, who were linked to the terrorist Kurdistan Workers’ Party (PKK) — were shot to death at the Kurdistan Information Bureau in Paris last week.

In his initial comments, Erdo?an said the killings may be the result of PKK infighting or an attempt to derail Turkey’s efforts to end the Kurdish conflict, a decades-old battle which also has implications for Syria, Iran and Iraq.

The bodies of the three Kurdish women will be brought to Turkey for burial on Wednesday and concerns are mounting that the peace initiative may be harmed because a large crowd is expected to gather to meet the bodies, potentially stirring fears among the Turkish public that the terrorist organization is free to act as it pleases in Turkey.

The execution-style killings came as Turkey is holding talks with jailed PKK leader Abdullah Öcalan to broker a deal for the disarming of the terrorist group. The group, designated a terrorist organization by Turkey, the United States and European Union, is reviled by most Turks, who see it as responsible for a conflict that has killed 40,000 people as it tries to carve up Turkish territory.

On Tuesday, Erdo?an offered messages of peace, unity and solidarity, stating that his government is determined to eradicate terrorism.

“Nothing can justify violence and terror. Terror has brought nothing to this country but pain, blood and tears. Our only wish and aim is to dry the tears of mothers,” he remarked, adding that although his party has been left alone by the opposition parties to fight against terrorism, it will not take a step back from its peace initiative.

“We have never lost hope and will not. We are cautious and hopeful,” he declared.

Since Erdo?an’s party came to power in 2002, it has expanded political and cultural rights for Turkey’s estimated 15 million Kurds to create a basis for ending a war that has held back the country’s economic and democratic progress.

But Kurdish politicians and activists also accuse Erdo?an of escalating tensions through the arrests and trials of thousands of Kurdish journalists, lawyers and others who have sought a civilian, non-violent resolution of the conflict.

He has also stepped up military attacks on the PKK, including land and air incursions into Iraq to target rebels in their mountain hideouts.