Erdoğan: Turkey won’t apologize to Russia for downing of jet 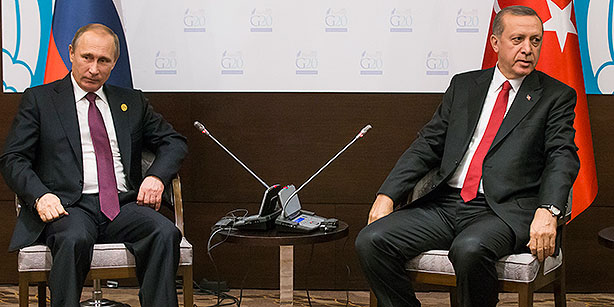 Turkish President Recep Tayyip Erdoğan said on Thursday that Turkey would not apologize for downing a Russian fighter jet it says violated Turkish airspace near the Syrian border. Erdoğan’s remarks, made in an interview with CNN in Ankara, came after Russian President Vladimir Putin said Moscow is still awaiting an apology from Turkey for downing its fighter jet or an offer of reimbursement for damages.

“It seems that the Turkish leadership is deliberately driving relations (between Russia and Turkey) into a dead end,” Putin said at the Kremlin ambassador credentials ceremony. Erdoğan, however, said Turkey did not need to offer an apology. “I think if there is a party that needs to apologize, it is not us,” he said. “Those who violated our airspace are the ones who need to apologize. Our pilots and our armed forces, they simply fulfilled their duties, which consisted of responding to … violations of the rules of engagement. I think this is the essence.”
In remarks to France 24 channel, Erdoğan also said that he had phoned Putin following the downing of the Su-24 jet but that the Russian leader did not answer, private broadcaster CNN Türk reported.