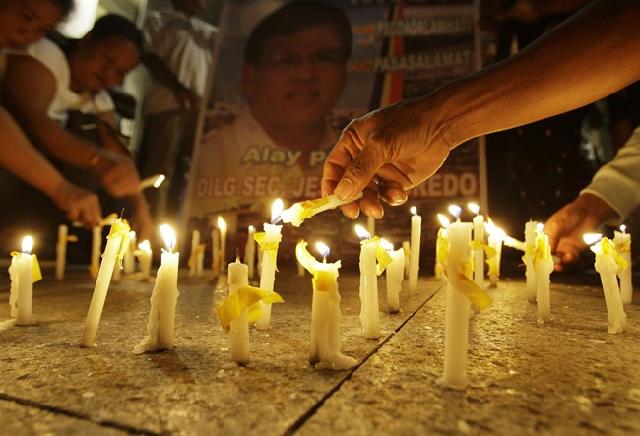 MANILA, Philippines—The emergency location transmitter (ELT) of the small airplane that crashed off the coast of Masbate had failed to activate on impact, an initial investigation of the Civil Aviation Authority of the Philippines (CAAP) showed.

“The ELT of the Piper Seneca plane was in the off position, indicating that it failed to activate upon the plane’s impact off the waters of Masbate last Saturday,” the DOTC said in a statement released Friday.

The pilots had reportedly called Masbate airport requesting for an emergency landing due to engine trouble before it crashed some 500 meters from the runway, killing the two pilots and Interior Secretary Jesse Robredo.

The emergency locator automatically activates when a plane makes an emergency landing or encounters any accident, it said. The plane’s ELT was found in the plane’s wreckage last Wednesday and was inspected by the three-man Aircraft Accident Investigation and Inquiry Board (AAIIB) of the CAAP.

CAAP director general William Hotchkiss III said in the statement that the plane’s ELT was last checked on November 21, 2011 and was valid for a year. It was functioning well on that regular routine check.

Hotchkiss said that the investigation board was still conducting further search and retrieval of the plane’s right engine while the wreckage is under tight security at Masbate airport.

“It is too early to speculate. Our investigating team is still examining the plane wreckage to determine the cause of the accident,” Hotchkiss said.

“The engine is a key part of our investigation. This will determine if indeed it was due to technical or mechanical problem that caused it to fail,” he added.

Hotchkiss dismissed speculations the plane was running on diluted aviation fuel even as he said it was part of the investigation to check the fuel and where the plane last refuelled before the fatal crash last Saturday.

The investigation team was also looking at the plane’s flight path including communication between control towers and the pilot. CAAP said it was taking the statements of key witnesses and will subpoena others as part of their investigation.

“It will not be an easy investigation, but as directed by [Transportation and Communications Secretary Manuel Roxas II], we will not leave any stone unturned to find out the real cause of the accident,” Hotchkiss said.

The entire fleet of Aviatour Air Inc, the company that owns the Piper Seneca plane, has already been grounded pending investigation.

“CAAP will look into the unsafe practices of aviation firms that enable them in the past to continue operating in spite of getting involved in previous plane accidents,” Hotchkiss said.