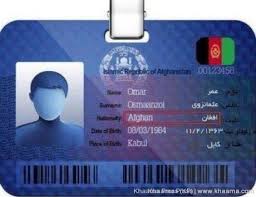 KABUL: Distribution of electronic identity cards would kick off within two weeks, said an official.
Radio Azadi quoted Zimarai Baher, the chief of Electronic Identity Cards distribution department, as saying that they had all the preparation to kick off distribution of electronic identity cards.
“The first electronic ID card will be issued to President Ashraf Ghani and will then distribute it to residents of Kabul,” he added.
Officials in the directorate said that they would distribute the electronic ID cards in four phases across the country.
Experts believe the distribution of the ID cards would not only facilitate fair elections but will also prove helpful in law enforcement and bringing security to the country.